The stock of the Chinese electric car company skyrocketed 76 percent on its second day of trading on the NYSE. 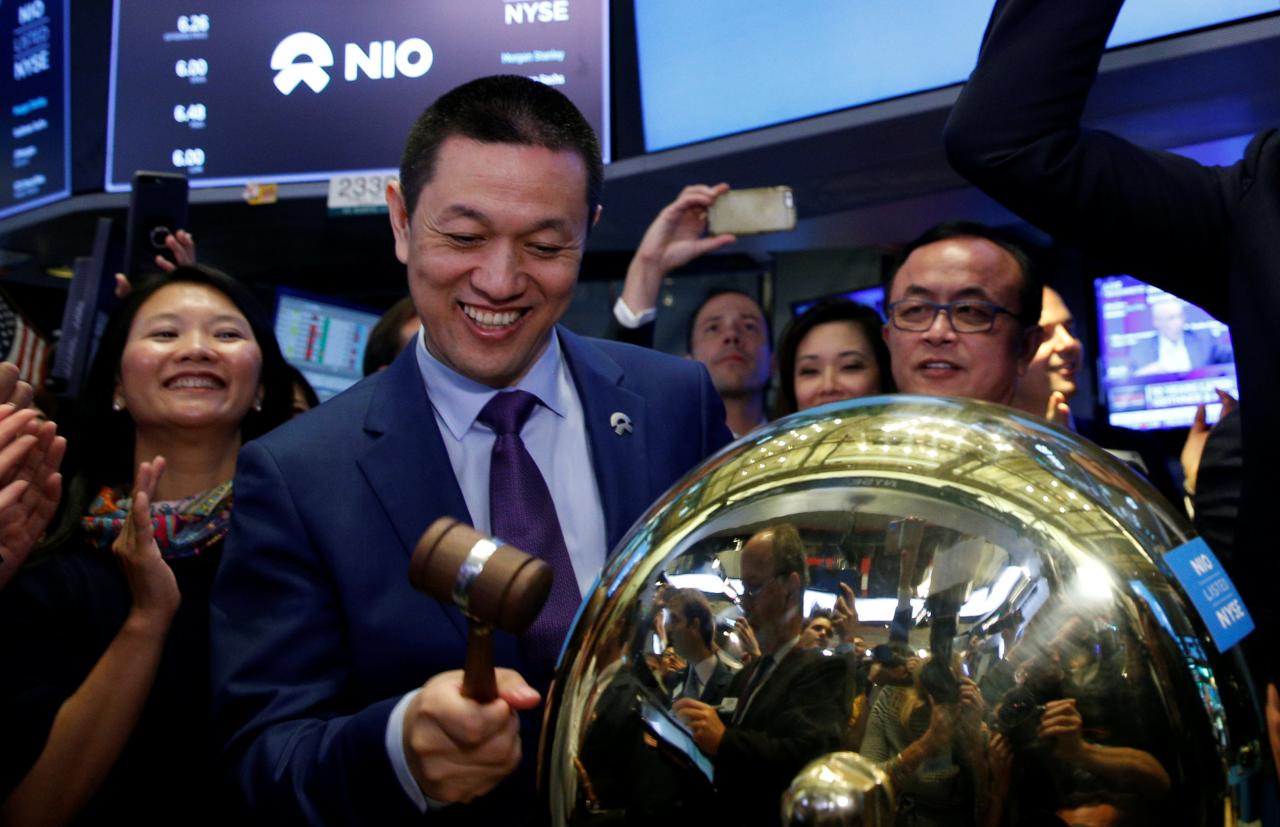 The stock of Chinese electric carmaker Nio Inc. (NYSE: NIO) skyrocketed an impressive 76 percent the day after the company raised $1 billion in its debut on Wall Street.

Offered at $6.26 per American depositary share, Nio's shares wavered between a low of $5.35 and a high of $6.93 on Wednesday as the company floated 160 million shares in New York. Today, its stock ended at $11.60 per share, up a full $5 each, though it did slip slightly in after-hours trading. The stock of Nio skyrocketed 76 percent on its second day of trading on the NYSE.

The IPO came as the firm, founded by Chinese internet entrepreneur Bin "William" Li, seeks fresh capital to finance its expansion and investments in areas including autonomous driving and battery technologies.

Founded by Li with other internet entrepreneurs at the end of 2014 as NextCar Inc., the company has been burning through research and development funding and only recently began generating revenue, the SEC filing showed. Since the start of 2017, the company has spent more than $1.6 billion split between research and development expenses and selling and administrative costs. It listed nearly $7 million in revenue for this year's first six months.

The company, which launched its first mass-produced electric vehicle, the ES8, on Dec. 16, started deliveries on June 28, it said. A sports utility vehicle, the ES8 is a seven-seater with an aluminum alloy body and carried a price tag of 448,000 yuan ($70,000) before incentives.

With a capitalization of nearly $6 billion, Nio, backed by Chinese tech heavyweight Tencent Holdings Ltd. (HKEX: 0700), was the third-biggest U.S. listing by a Chinese firm this year.