Golden Bull Reports 75% Revenue Rise for First Half; Up 6% on Wall Street 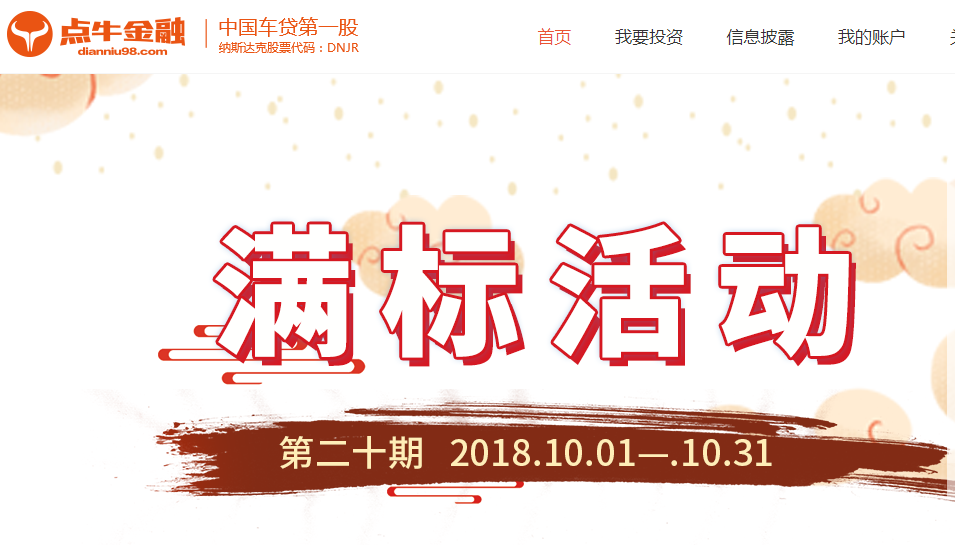 The stock of Golden Bull Ltd. (Nasdaq: DNJR) rose more than 6 percent by Monday afternoon after the Chinese P2P lending company posted a 75 percent increase in revenue for the first half of 2018.

Erxin Zeng, the chief executive officer of Golden Bull, said in a statement Saturday, "We expect this trend to continue as we keep building our brand reputation and lender base."

The results sent the shares in the company up 50 cents intraday on Monday to $8.50 per American depositary share. The stock of Golden Bull was trading up more than 6 percent intraday Monday at $8.50 a share.

In comparison with the first quarter of 2018, the company's growth has slowed during the three months ended June 30. Golden Bull has facilitated 42 percent fewer loans during the second quarter with total volume of $27.6 million compared with $50.2 million in the preceding three-month period. It also only had 2,000 new lenders compared with 5,000 new lenders for the prior quarter.

The operating expenses for the six months through June reached $5.7 million, a 59 percent increase year-over-year. The company said it has hired more employees during the period, as well as professionals related to legal, audit, and financial services, as it underwent the IPO process, which resulted in an 88 percent increase in general and administrative expenses to $3.1 million. The company's research and development, as well as sales and marketing costs, increased by 35 and 34 percent, respectively.

Golden Bull's stock price has more than doubled since it began trading its shares publicly at $4 apiece on Nasdaq in March. The company raised $6.2 million in its IPO, plus an additional $930,000 for shares purchased in follow-on by the underwriter, ViewTrade Securities Inc.

The company said it planned to use the funds raised through the IPO, as well as $8 million raised in 2015 and 2016 through private placements, to continue developing its online platform and mobile app, hiring, expanding its borrower base, and marketing.