Student Alleging Rape by JD.com's Chairman: "I Told Him 'No'"

New details have emerged from the night the chairman and CEO of JD.com allegedly sexually assaulted a college student in Minneapolis. 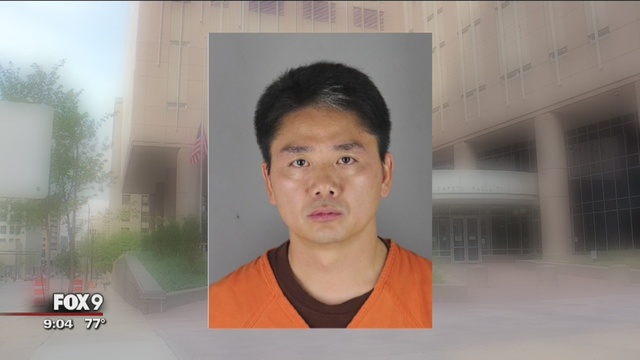 New details have emerged of the night the head of e-commerce platform JD.com Inc. (Nasdaq: JD) was taken in by the Minneapolis police on the accusation of rape.

The details against Richard Liu, the 45-year-old chairman and chief executive of JD.com, surround allegations that he sexually assaulted a 21-year-old college student at her apartment two months ago. Liu, said to be worth $7.5 billion, was briefly detained in late August and left for China the next day.

Over the course of the two months since the incident, shares in JD.com, an Amazon-like e-commerce platform, have declined 23 percent. Intraday on Tuesday, its stock was trading at $23.55 per American depositary share compared with $31.30 per share at which it closed the day that Liu was arrested.

Recently, statements from police reports were unveiled that showed in detail the allegations from the night of the incident.

The student, who has not been named, had joined for dinner a group of high-level Chinese executives who were attending the Carlson School at the University of Minnesota in Minneapolis for a special doctoral program launched in collaboration with Tsinghua University in Beijing. Among the group was Liu, who paid the restaurant bill, as well as for the free-flowing liquor bought from a nearby store, as reported by the Star Tribune citing a source. The alleged victim sat next to Liu and later told police she was pressured to drink heavily, the newspaper said, citing a source.

After dinner, the student was taken in Liu's car to a place unfamiliar to her, she said in her statement to the police, as reported by the Star Tribune. She said she resisted going inside a mansion where they arrived and stated her desire to go home. Back in the vehicle, with his assistant in the front seat, Liu began making advances at her, though she begged him to stop, she told police.

At about 11 p.m., the driver arrived at the woman's apartment complex, and Liu followed her into her home, she said. Inside, he began undressing her over her protests, though she told him "no" several times and fought him, she alleged.

"We were battling against each other on the bed and finally I escaped from him and went back to the living room and put the bra back on again," she said in her statement, as reported by the Star Tribune. "Finally, he just threw me onto the bed. He was on me. He was heavy. I tried to push him away. But he was on top of me … and then he raped me."

The student messaged her friends on WeChat later, saying "Liu Qiangdong is in my bed....He forcibly took me away last night and couldn't escape," she wrote at 2:05 a.m. Friday, according to the Star Tribune.

"I was slept by him," she wrote, the Mandarin idiom for being raped. "I didn't do it willingly … I want to escape," the Star Tribune reported she said.

The newspaper said the alleged victim's friend, who also attended the dinner, drove to her apartment that night after she messaged him telling him of the sexual assault. He called 911 from outside her home, according to the report.

The police arrived around 3 a.m., but as they questioned Liu, the student told them she did not want them to investigate, and the billionaire was taken to his hotel, the Star Tribune said. Later, however, convinced by her friends, the woman went to a hospital for a sexual assault exam, according to the report.

The next day, the university staff knew of the alleged rape, according to Wil Florin, the student's attorney. Police arrived on campus and talked with the alleged victim, upon which they took Liu under arrest and placed him in the Hennepin County jail. He was released the following day and immediately left for China before the woman decided to pursue an investigation against the billionaire, the Star Tribune said.

Liu has denied all allegations. In a statement Monday, Liu's lawyer, Jill Brisbois, said, "Richard maintains his innocence, has cooperated fully with the investigation, and was quickly released by police without any restriction on his travel and without being required to post bail."

"We believe his innocence will be apparent once a determination has been made and all evidence is disclosed to the public," she added.

According to the Star Tribune, Hennepin County Attorney's Office is deciding whether to charge Liu with sexual assault. It has set no deadline for reaching a decision.

"We've got the case," Chuck Laszewski, a spokesman for prosecutor's office, said. "We're looking it over closely. When we make a decision, we'll let everybody know."