Nio Sales Continue to Climb, Surpassing Projections to More Than 11,000 for 2018

The 4-year-old company, sometimes referred to as the Tesla of China, said it delivered 3,318 of its ES8 models last month as it launched its new ES6. 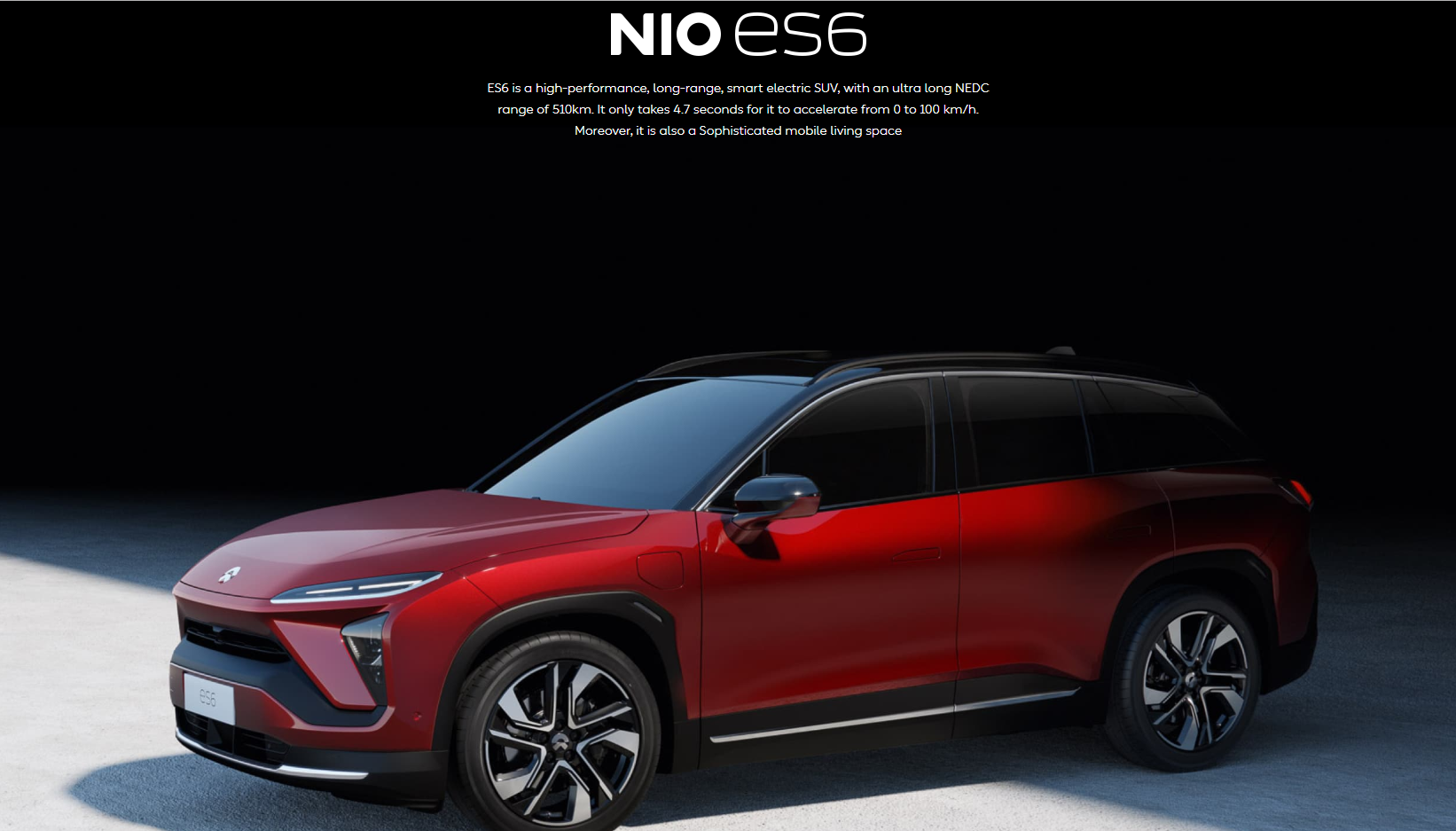 One of China's leading electric car makers, Nio Inc., reported today that vehicle deliveries in December rose more than 20 percent from the month before as the Shanghai-based company continued to expand production and sales.

The 4-year-old company, sometimes referred to as the Tesla of China, said it delivered 3,318 of its ES8 models last month. That compared with 3,089 in November and 1,573 vehicles in October. In all, the company moved 11,348 cars into the market by the end of the year, above the 10,000 vehicles the company projected in early November.

"With 11,348 ES8 deliveries in 2018, we exceeded our delivery goal for our first calendar year as a public company," said William Li, the founder, chairman and chief executive officer of NIO. "2018 has been a milestone year for us, as we produced and delivered over 11,000 ES8s and launched our second production car, the ES6, a 5-seater high-performance premium electric SUV on NIO Day in December 2018."

Shares in Nio (NYSE: NIO) closed today at $6.66, up 3 cents per share. The company raised just above $1 billion in New York in September, selling 160 million shares at $6.26 per share. After soaring briefly days later, the company's stock has mostly hovered in the $6-$8 range.

Marketed at the Nio ES8, the company's first production car, released in June, is a 7-seat electric SUV. A 5-seater electric SUV, the ES6, debuted in December.

The company reported in November that its net loss for the third quarter reached $1.4 billion, representing a nearly 500 percent increase from a year earlier. Net loss per American depositary share during the three months was $6.20. Revenue reached $214 million in the three months through September.