One day after the report is released, Fanhua immediately issued a rebuttal to the short-seller allegations, saying that the report included groundless accusations and deliberate out-of-context misinterpretation 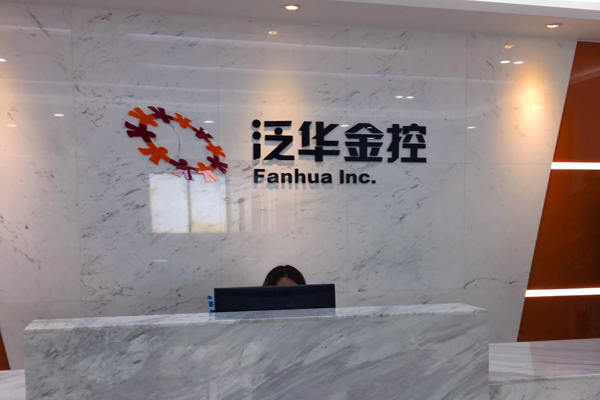 Shares of Fanhua Inc. (Nasdaq: FANH) rebounded more than 14 percent today to close at $23 per share in New York after the company released a press release rebuts J Capital's short-seller report on Fanhua published on January 17.

In the 50-page report, J Capital analyst Anne Stevenson-Yang claims Fanhua is uninvestable because it "robbed public shareholders", "moved at least $136 mln in 2017 revenues off the books but still under executive control", and "developed a huge commercial real estate project in the founder's hometown for more than two years without telling investors."

One day after the report was released, Fanhua immediately issued a rebuttal to the short-seller allegations, saying that the report included groundless accusations and deliberate out-of-context misinterpretation.

"The company's cashflow and profits have been closely aligned", said the company. "The management remain committed to fulfilling their fiduciary duties to shareholders with continued profit growth and dividend increase."

In addition to the press release, Fanhua said it will carefully review the report again and will make another announcement clarifying and refuting the allegations raised in the report before market opens on January 22.

Just three months ago, the stock of Fanhua plunged nearly 10 percent after an asset-management firm, Seligman Investments, alleged the financials of the Chinese insurance company, including recent second-quarter results, showed signs of fraud.

Seligman, based in Menlo Park, Calif., claimed that Fanhua transferred cash to insiders through related-party transactions, inflated the scope of its operations, reported questionable financials and discrepancies between earnings and cash flow, and has been involved with individuals linked to embezzlement, de-listing, or SEC prosecution, among other things.

Fanhua responded a day later with an announcement very similar to today's press release, saying "the allegations in the report are false and groundless, reflecting the author's lack of knowledge about the company's fundamental business. The report is misleading and reflects the author's intention to cause panic among investors and profit from the decline in the price of the company's stocks."