Upon completion of the transfers, Fuwei Films “will only own the shares of Gold Glory,” a blockchain technology company in California. 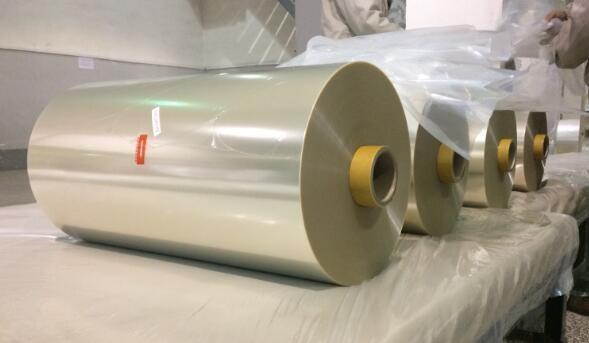 Fuwei Films (Holdings) Co. Ltd. (Nasdaq: FFHL) announced today a series of steps that would result in the company changing strategic direction away from film production and into blockchain technology.

As part of the shift, the Beijing-based company, which makes and distributes industrial plastic films in China, said it agreed to purchase Gold Glory Blockchain Inc., a company focused on blockchain technology applications and digital asset services, in exchange for 9.5 million newly issued ordinary shares.

At the same time, the company said it would transfer all shares of its Fuwei Films (BVI) Co. Ltd. unit, plus $3 million, to its largest shareholder in exchange for the 53 percent stake that company owns in Fuwei's parent company. In return, the agreement calls for Hong Kong Ruishang International Trade Co. Ltd. to transfer the 1.73 million ordinary shares it owns back to Fuwei.

Upon completion of the transfers, Fuwei Films "will only own the shares of Gold Glory," the company said.

Shares in Fuwei Films jumped 35 percent in early trading today before pulling back slightly. The stock was trading at $2.52 per share, up 20 cents, by mid-afternoon in New York.

Zengyong Wang, chairman and chief executive officer of Fuwei Films, said, "We are excited to have reached agreements with Gold Glory and Ruishang, because we believe the transactions, once closed, are in the best interests of our shareholders. Our company will enter into a brand new industry with much more growth potential."