The news show on CBS shone a spotlight at the Chinese all-electric vehicle maker, saying China has come to the forefront in the making of smart cars and may gain its market share alongside Tesla. 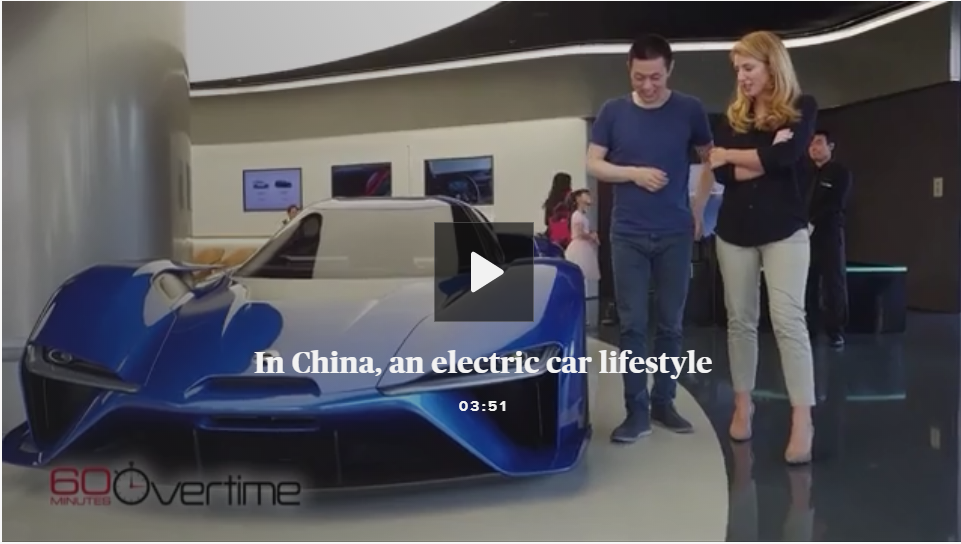 Chinese electric vehicle maker Nio Inc. (NYSE: NIO) closed up more than 10 percent in trading and continued its incline after-hours on Monday, with investor interest boosted by a feature about the company on the CBS news show "60 Minutes."

The show, aired Sunday night, focused on the race in the global smart car market, specifically, China's coming at the forefront. Beijing has encouraged the growth of its EV sector by waiving car license fees and providing rebates for EV buyers in a number of cities, which has led to "an explosion of electric car makers," auto analyst Michael Dunne said in "60 Minutes." Nio was one of the EV makers that rose on the wave.

Formerly known as NextEV and backed by Chinese tech heavyweight Tencent Holdings Ltd. (HKEX: 0700), Nio is one of several largely Chinese-funded EV startups betting on the benefits of local production to compete with firms such as Tesla Inc. (Nasdaq: TSLA). Its ES8 – a 7-seater high-performance electric SUV – is half the price of its U.S. counterpart.

"The clothes may be beautiful," he explained, "but you can't wear them every day."

The four-year-old company reported it delivered 3,318 of its ES8 models in December. That compared with 3,089 in November and 1,573 vehicles in October. In all, the company moved 11,348 cars into the market by the end of the year, above the 10,000 vehicles the company projected in early November.

Dunne said the EV market is big enough for both Nio and Tesla "to play." He added that Nio needs to establish credibility before it targets global consumers.

Perhaps it was to gain trust and recognition that Nio became a publicly traded company in New York in September, raising $1 billion in its initial public offering. Offered at $6.26 per American depositary share, its stock skyrocketed nearly twice that price on Day Two but has since wavered near $7. Today, shares in the EV maker closed at $9 apiece, up 83 cents, and gained an additional 26 cents after markets closed.