The Beijing-based financial account platform is expected to become publicly traded on the Nasdaq under the ticker "JFU" Thursday.

It is a big day for 9F Inc., one of China's top digital financial account platforms, as it prepares to lift off as "JFU" on the Nasdaq Global Market in an $84.6 million float.

The Beijing-based company sold 8.9 million American depositary shares at $9.50 each, at the top of its expected range, in its initial public offering.

9F provides loan products, online wealth management products and payment facilitation, all integrated under a single digital financial account. As of December 2018, it was the largest independent lending marketplace in China in terms of outstanding loan balance, according to Oliver Wyman research, cited in the prospectus. 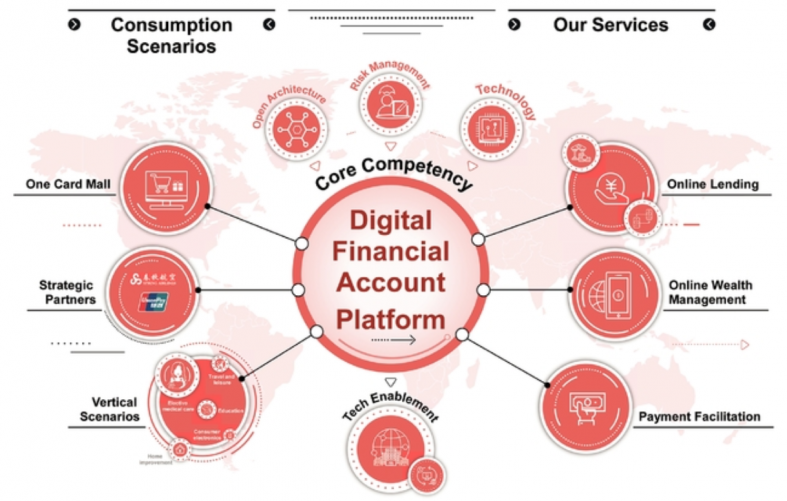 Among its strengths, 9F listed its focus on technology, a "deep understanding" of its user base and a strong partner base of financial institutions and merchants. Among its strategic partners are a bank card services platform China UnionPay and the e-commerce giant JD.com Inc. (Nasdaq: JD), which help drive up its borrower and investor base.

Over the past year, China's lending industry has been under pressure in a clampdown from Beijing as regulators sought to reduce debt bubbles, control risks and constrain the dubious, scattered businesses prone to conceal fraud. While many P2P lending platforms have suffered and some, like Ping An-backed Lufax, shifted gears, the strongest survived in a market in dire need of consolidation.

9F, in response to the regulatory changes, began developing a direct lending program and increased the share of funding by institutional, as opposed to individual, investors. For the five months through May 2019, the company reported 900,000 active borrowers, a decline from 1.5 million in the first five months of 2018. Meanwhile, 58 percent of loans were funded by institutional partners in the second quarter compared with 11 percent in the first quarter of this year. The company said it will continue to grow its institutional funding partner base.

The company said it intends to use the proceeds of the IPO to strengthen its ecosystem, expand its product portfolio and "nurture our emerging loyalty program." In addition, 9F wants to boost its research and development, specifically, its artificial intelligence and big data technologies. The rest will be used for expansion in Hong Kong and Southeast Asia and for general corporate purposes, including strategic acquisitions, according to the filing.