The CFO of China's leading digital financial account platform said the IPO was "a new start" for 9F. 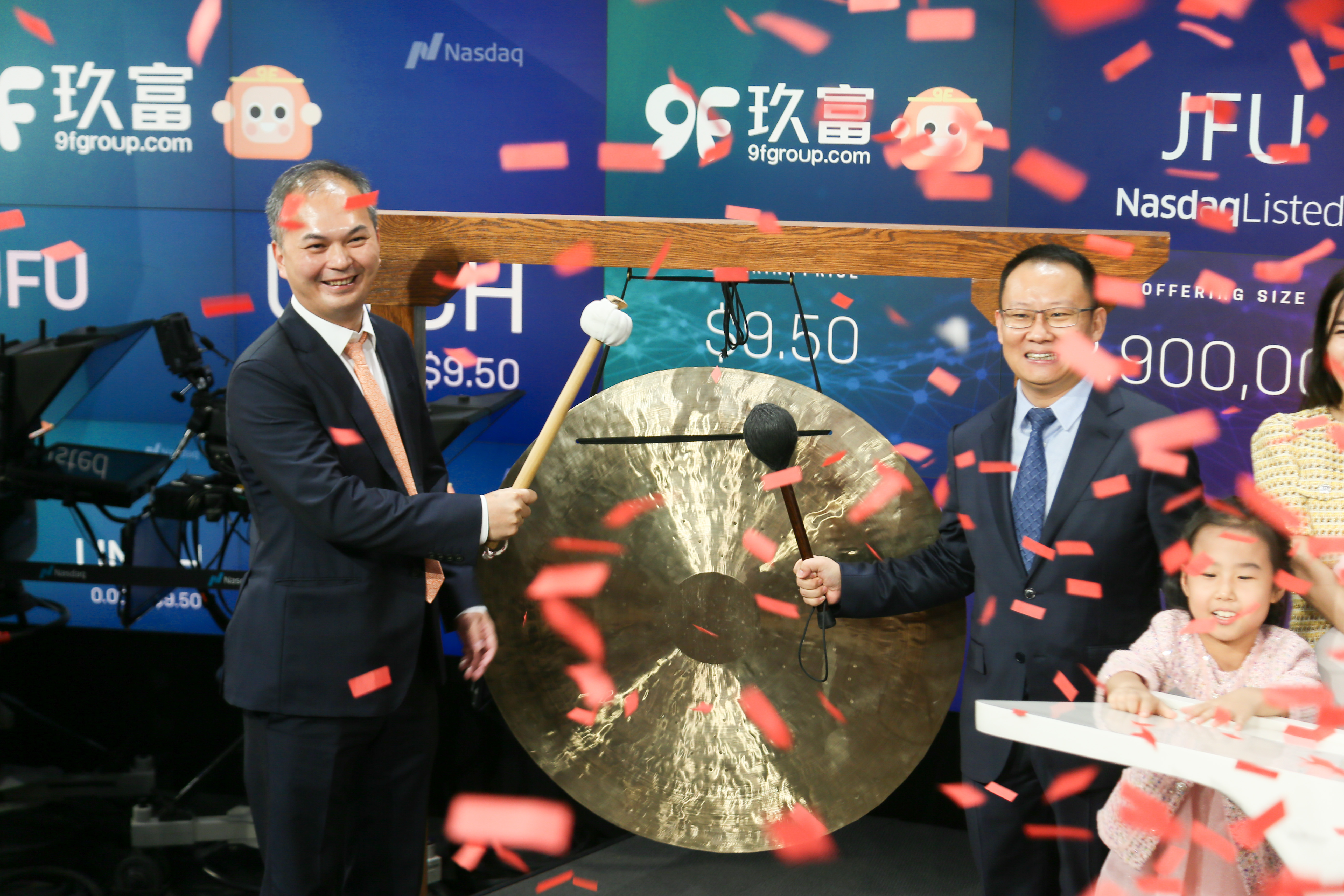 The debut of 9F Inc. (Nasdaq: JFU) ended on a high note Thursday on Wall Street as the newly traded shares of the company closed just above the offering price after soaring as high as 45 percent upon liftoff.

The Beijing-based digital financial account platform sold 8.9 million American depositary shares at $9.50 per share in its initial public offering, raising $84.6 million overall. The pricing was at the high end of its expected range of $7.50 to $9.50 a share.

Trading opened at $10.88 and stayed above that level through the morning, reaching a high of $13.73 per ADS. In the afternoon, JFU leveled off to fluctuating just above the offering price before closing at $9.58 per share, gaining 1 percent on debut day.

"It's a new start for us," Yanjun Lin, 9F's chief financial officer and director, said in an interview to CapitalWatch on IPO day. Lin is also the chief executive officer of 9F's international businesses department and of one of the underwriters on the IPO, 9F Primasia Securities.

The 9F team arrived at Times Square ahead of the opening ceremony to celebrate its new journey as a public company. The crew gathered for photos outside, in front of the welcome message on the Nasdaq, and cheered and roared with its supporters.

"It took more than a year to prepare for the initial public offering of 9F. We were sweating and fighting with difficulties until the last moment," Lin said. "Finally, we made it."

He was the one to ring the opening bell - or the gong - as 9F's stock lifted off, all guests applauding and cheering, surrounded by flying confetti and popping bottles of champagne.

The company just handed in form 8-A on Wednesday, one day before IPO, to switch the listing exchange from New York Stock Exchange to the Nasdaq Global Market.

"It's a hard decision for us to choose NYSE or Nasdaq as the exchange," Lei Liu, the executive president and chief risk officer at 9F, told CapitalWatch.

"Since 9F is a financial technology platform and the proceeds from IPO will be largely invested in technology, we chose the Nasdaq due to its gene in technology," Liu added.

In its filings, 9F reported that it intends to use the proceeds of the offering to strengthen its ecosystem and expand its product portfolio. It also seeks to boost its research and development, specifically, invest in artificial intelligence and big data technologies.

Commenting on the stock's early soaring way above IPO price, CFO Lin said, "Given that the stocks plummeted yesterday, it's such a surprise for us today."

A number of long-term investors in 9F subscribed to its offering. Two of them indicated interest in purchasing an aggregate of up to $35 million and $40 million worth of the ADSs, according to the company's prospectus.