Alibaba and JD both reached record sales this year on the country's biggest shopping festival, but investors remain fearful over the ongoing trade tensions. 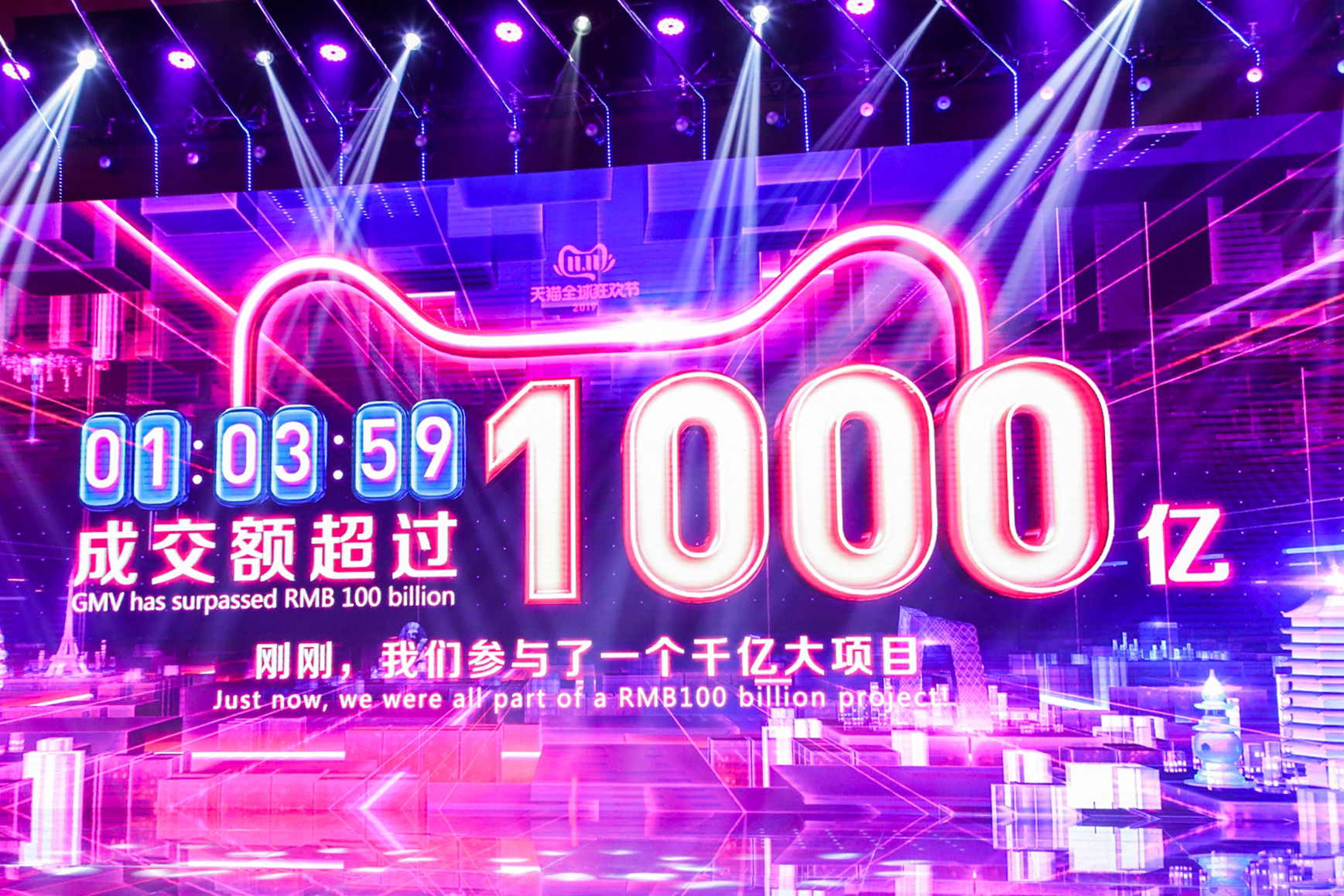 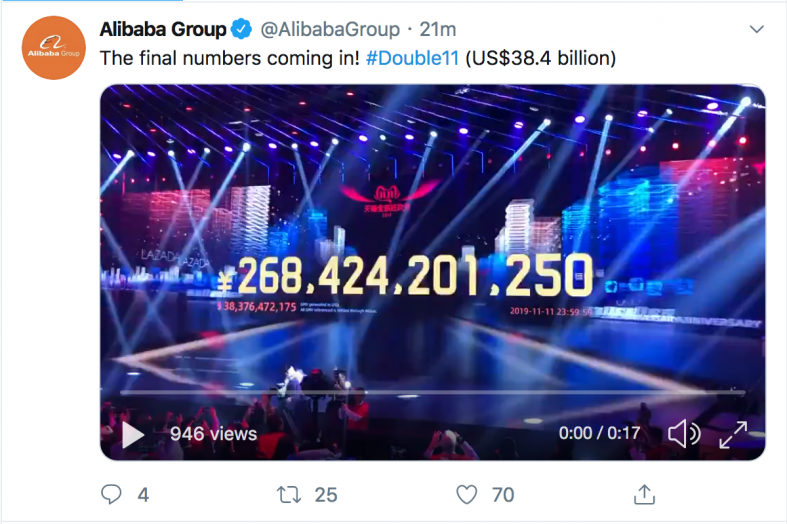 The world's largest shopping festival kicked off at midnight in China and just after the first hour hit GMV of $12 billion, Alibaba said in a statement today.

The e-commerce giant, based in Hangzhou, broke its last year's record in 16.5 hours with $31 billion in sales, CNN Business reported.

According to the company's website, more than 200,000 brands participated in Singles' Day.

Throughout the day, Alibaba posted updates on social media and on its website and shared an interview with Erick Haskell, the president of Allbrids, which this year joined Alibaba's shopping platform Tmall.

"We participated in 11.11 for the same reason we've launched on Tmall. Quite frankly, Chinese consumers are on Tmall, so for us, as a relatively new brand, it is important for us to be where those consumers are," Haskell told Alibaba this afternoon.

In 18 hours, the number of orders on Tmall reached 1.04 billion, which was more than the total orders recorded a year ago. 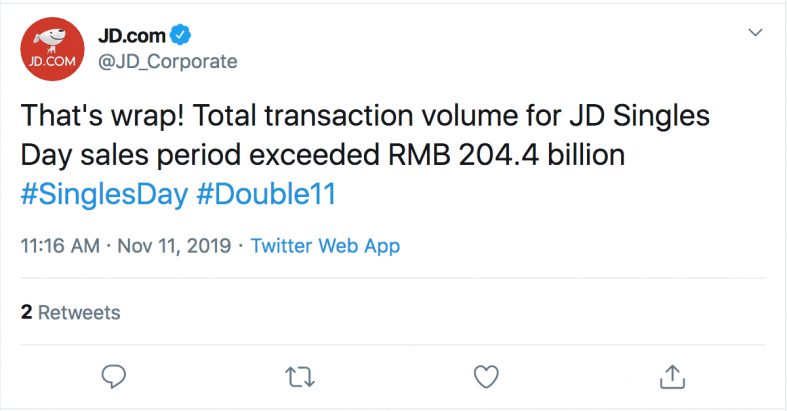 Despite record sales, the U.S.-listed stocks in both retailers did not spring up, as one would expect, as the Sino-U.S. trade war uncertainty leaves markets volatile.

This month, Alibaba is planning its trading debut in Hong Kong, according to various sources.