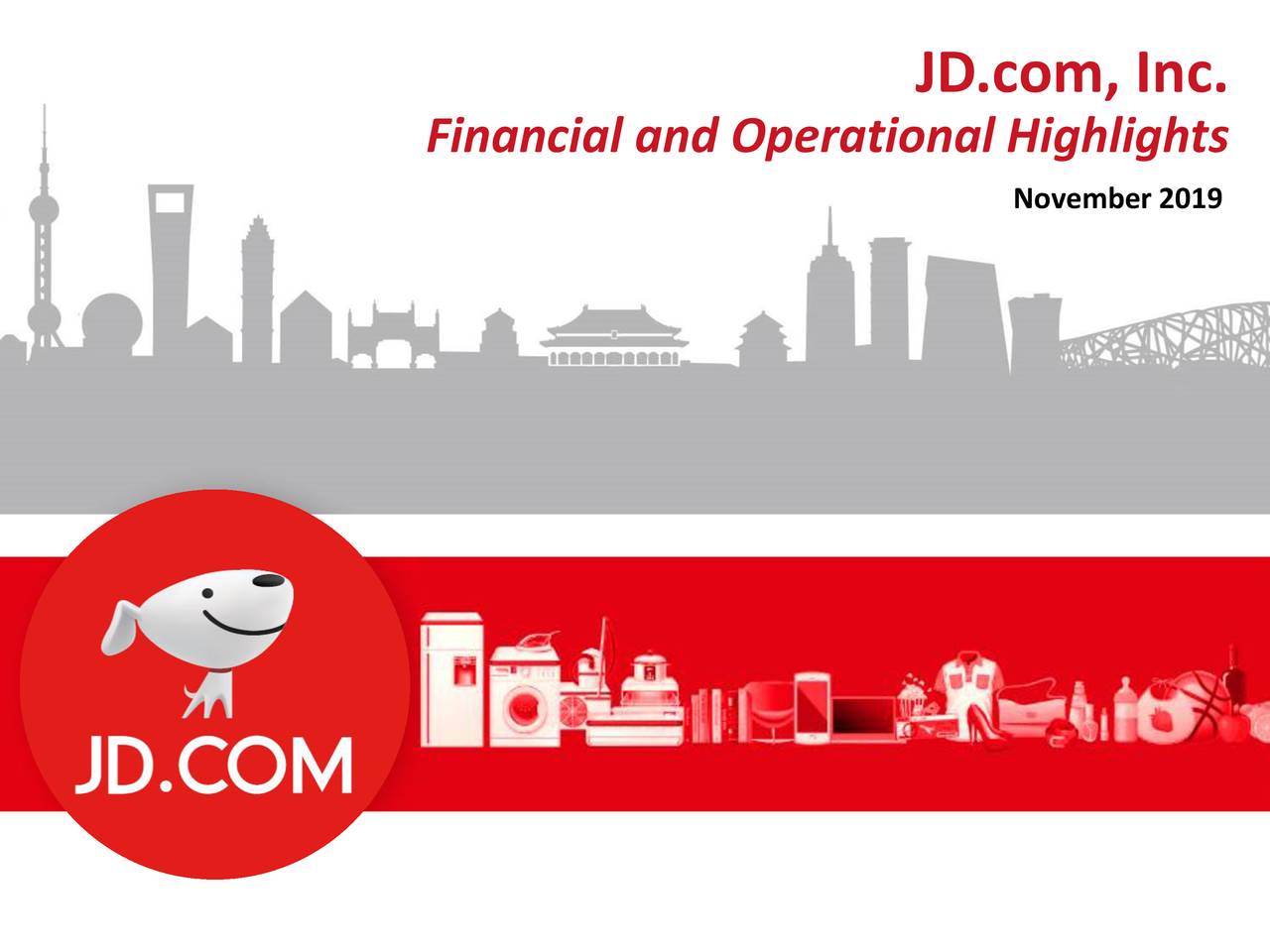 The online retailer, based in Beijing, said in a statement today that in the three months through September its revenue was $18.9 billion, up 29% year-over-year. The sector in JD that grew at the fastest pace, at 47%, was its service revenue, which rose to $2.2 billion, the report said.

Richard Liu, the chief executive officer of JD, said in a conference call with analysts today, "No matter at our JD Retail, Logistics and JD Digits, the technology is our key driving forces. Only through technology will bring us long-term core competitiveness. Technology will always help us to bring up our users' experience, lower the costs and improve our operating efficiency."

JD said its smart supply chain line, JD Logistics, "improved its efficiency" in the lower-tier cities in China by expanding its 24-hour delivery services. Now, JD Logistics, which generated nearly 40% of JD's revenue in the third quarter, can deliver 90% of its direct sales within 24 hours in China, according to the company's statement.

In the third quarter, JD has launched an alliance to enhance the packaging standards together with Procter & Gamble, Johnson & Johnson, Mengniu, Unilever, Heinz, as well as packaging giant Amcor and the China Packaging Testing Center. The alliance aims to optimize the usage of packing materials and promote recycling, it said. As of September, JD Logistics operated over 650 warehouses, it said. 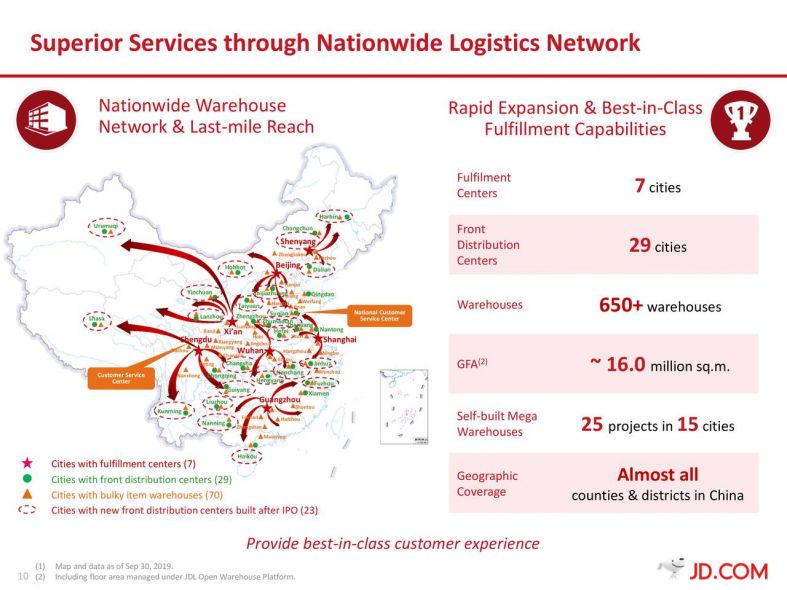 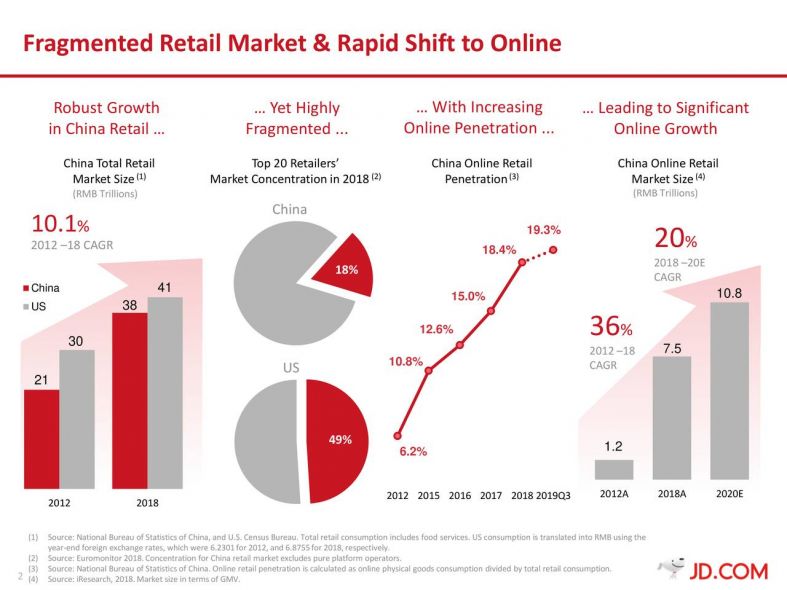 Earlier this week, JD posted a gross merchandise volume (GMV) of $29.2 billion for Singles' Day, which exceeded last year's results. Its top e-commerce rival, Alibaba Group Holding Ltd. (NYSE: BABA), has set its own record, with GMV reaching $38.4 billion. In contrast to Alibaba, which generates revenue from merchants selling goods on its platform, JD owns the products it sells. JD claims on its official website that it is China's largest retailer.

As of September, JD sold goods from more than 250,000 merchants on its digital platform, and employed more 200,000 staff, it reported.

Going forward, the company said it expects to generate revenue in the range of $23.3 billion to $24 billion in the fourth quarter, representing year-over-year growth of between 21% and 25%.