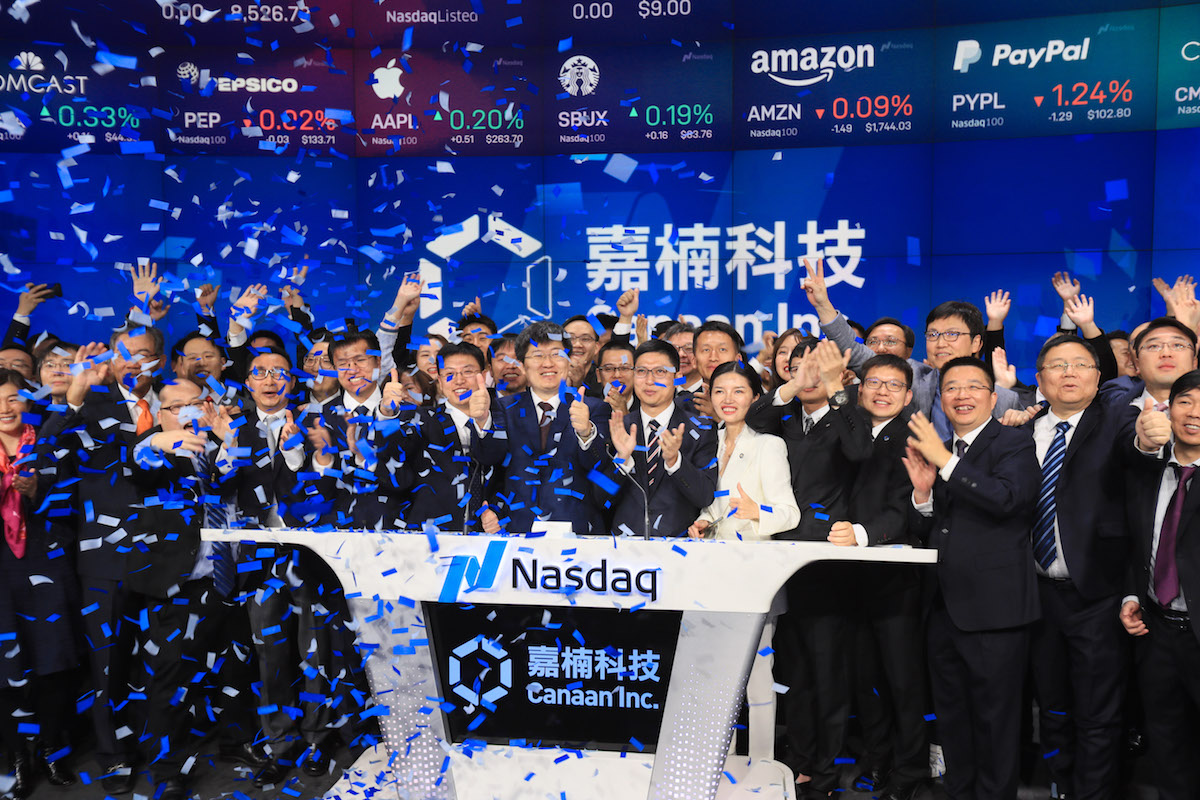 Canaan Inc. (Nasdaq: CAN) celebrated its debut in Times Square on Thursday, raising $90 million in its initial public offering.

"Our success is the outcome of our journey we have taken together, but it is also the joy of overcoming scientific research," Nangeng Zhang, the co-founder, chairman and chief executive officer of Canaan, said in his speech at the opening bell ceremony as confetti streamed from above.

The mastermind behind Canaan's innovation, Zhang also said, "Our mission and vision are to make supercomputing accessible to everyone. Our stock code is "CAN." We believe we can do it. Yes, we CAN!" 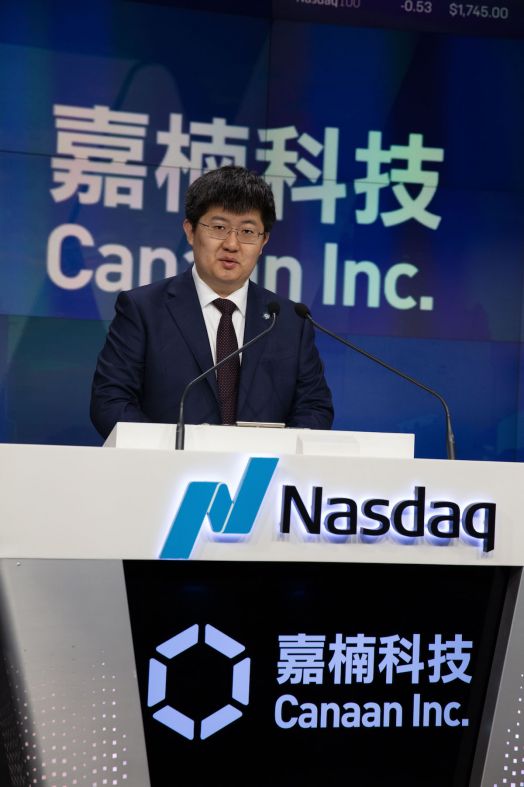 (Nangeng Zhang, the mastermind of Canaan, delivers a speech at the opening ceremony)

The Hangzhou-based company, which provides supercomputing solutions, sold 10 million American depositary shares at $9 apiece. In early trading, its stock peaked at a high of $13 per share, then sank below the offering price by noon.

The pricing was at the low end of Canaan's expected range of between $9 to $11 per share.

"Because we priced at the lower end, it mainly leaves the money on the table for the investors," an underwriter on the deal, who asked not to be named, told CapitalWatch before Canaan rang the bell at the Nasdaq Global Select Market.

Launched in 2013, Canaan operates as the world's second-largest developer and manufacturer of bitcoin mining machines, according to data provided by market analytics firm Frost & Sullivan. On its website, the company calls itself the world's leading supplier of AI & blockchain chips and system solutions.

The underwriter also said, "Everyone is talking about the future of blockchain. Basically, you need to provide the supercomputing power in a very cost- and power-efficient way. What the company has done today will support them to be a successful player in the future."

Underwriters on Canaan's IPO may purchase an additional 1.5 million ADSs, according to the company's latest filing with the U.S. Securities and Exchange Commission. Each ADS represents 15 ordinary shares.

Canaan has become the first cryptocurrency mining equipment maker to become publicly traded in New York. Intraday, shares in the company were trading at $8.59 apiece, down 41 cents.