In its first financials since listing on the Nasdaq, the real estate marketplace posted strong revenue growth and tripled income. 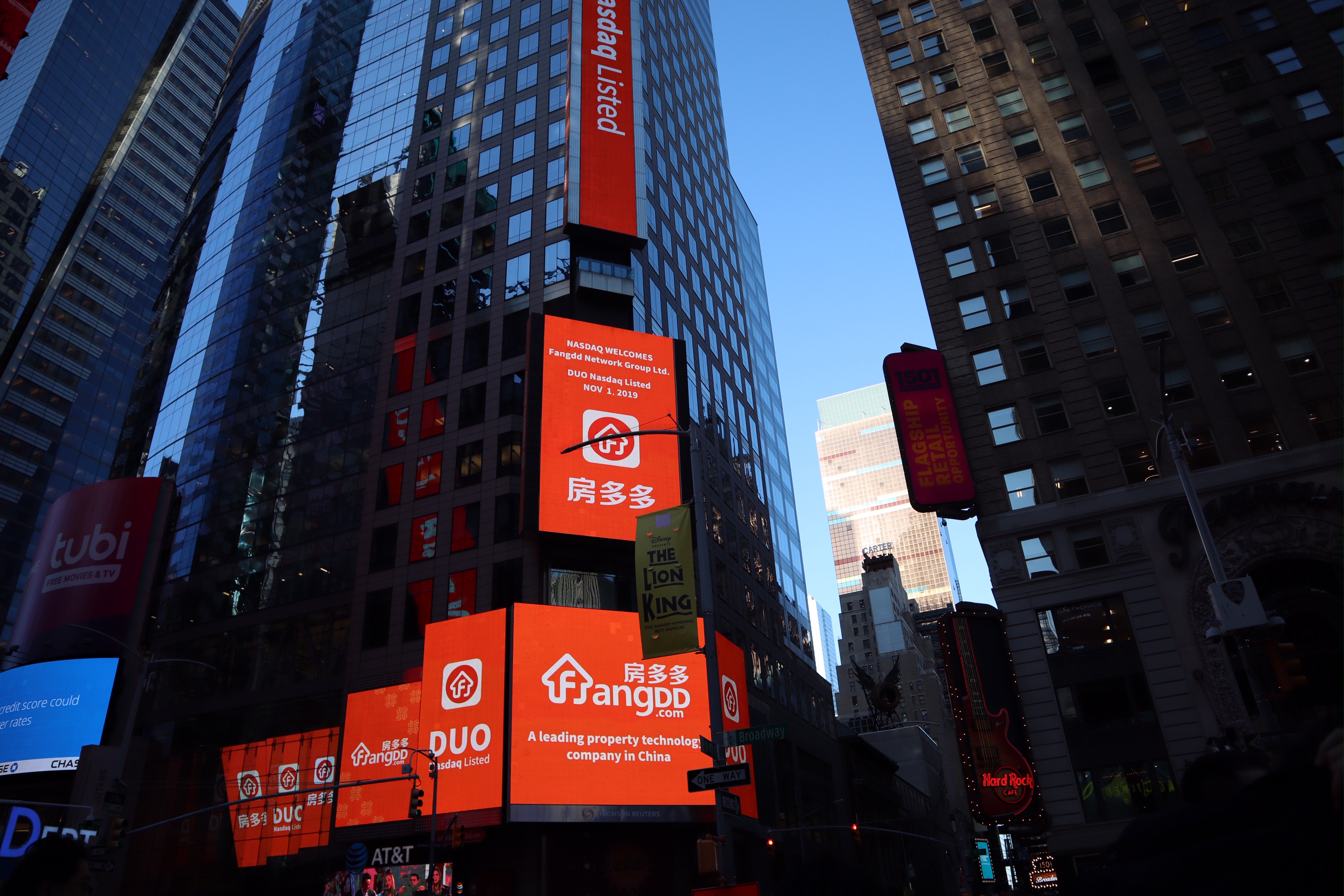 In a statement after markets closed, the proptech company said its revenue reached $132.6 million in the trimester through September, at a 72% increase from the same period last year.

FangDD.com is a tech-powered marketplace for real estate agents in China. Operating since 2011, Fangdd aims to make its platform a one-stop shop for property-related transactions by providing smart tools for business management. It also operates a database of property listings, noted as one of China's largest by an independent market research firm.

In the third quarter, Fangdd said the number of active agents on its platform rose 26% year-over-year to 226,800. The number of agents who have completed closed loop transactions on Fangdd's marketplace grew 135% to 20,700, according to the report. Closed-loop GMV on FangDD.com was up 75%, at $7.2 billion worth of transactions.

"Our strong performance was characterized with continued success in the optimization of our SaaS solutions for agents, expansion of our property listings, and the utilization of AI algorithms to embrace the growing market for real estate services," Fangdd's chairman and chief executive officer, Yi Duan, said in a statement on Wednesday.

He added that he expects the demand for online and SaaS real estate solutions in China to continue to increase. Fangdd plans to further upgrade its product development, expand its property listings and refine its service offerings, Duan said.

Property technology, or proptech, has been called "the new growth engine for China's slowing real estate sector" in an October report by the South China Morning Post.

As smart cities spring up across the mainland, tech companies that deliver solutions powered by artificial intelligence, big data and blockchain are building what can grow into a multibillion-dollar market.

Since its IPO, shares in Fangdd have been trading near the initial offering price of $13 apiece, even amid the growing market uncertainties fueled by the Sino-U.S. trade war. On Wednesday, the stock in Fangdd closed at $12.45 per share, down nearly 3%.

In the fourth quarter, the company said it expects to generate revenue in the range of between 900 million yuan to 950 million yuan.