Wolfpack Research, a New York short-seller, said that the majority of Qutoutiao’s revenue it reported in 2018 was fake. 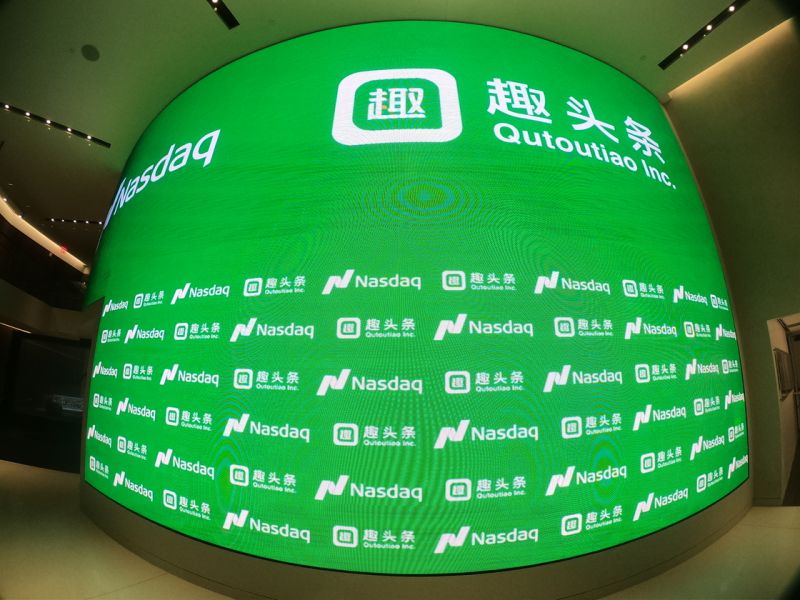 The stock in Qutoutiao Inc. (Nasdaq: QTT) rebounded by close of trading on Tuesday following an early slide after a short-seller claimed that the Chinese company has reported fake revenue and non-existent cash and failed to disclose related parties.

Wolfpack Research LLC, a New York-based activist research firm, released a report on Tuesday alleging that the majority of Qutoutiao's revenue it reported for 2018 was overstated. Wolfpack also said the mobile content aggregator pays users to click on ads with its current cash burn rate at over $300 million per year.

"Our analysis and on the ground due diligence indicate that approximately 74% of Qutoutiao's 2018 revenues are fake and nearly 78% of its current cash balance is non-existent, " Wolfpack wrote.

The short-seller claimed that Qutoutiao's revenues only totaled approximately 798 million yuan in 2018 instead of the 3 billion yuan which the Shanghai-based mobile entertainment company reported. Wolfpack also said that nearly half of Qutoutiao's advertisement revenue came from undisclosed related parties after it said it analyzed about 50,000 ads on the platform.

The company recorded non-existent "advances from advertising customers" on the balance sheet of its in-house advertising agent, Shanghai Dianguan, then paid them out to Qutoutiao's main operating entity in China, Shanghai Jifen, as the item of prepaid expenses, the short-seller alleged.

"In doing so, Qutoutiao inflated the financials of both Jifen and Dianguan without any cash actually changing hands between the two," the report said.

Last week, Qutoutiao posted its third-quarter results, seeing narrowed losses of $124.4 million and a 44% year-over-year increase in revenue, at $196.8 million. It said its advertising and marketing business remained the key driver of growth, with revenue in that sector hitting $193.3 million, up 54% year-over-year.

The stock in Qutoutiao closed at $2.98 per American depositary share on Tuesday, up nearly 5%, after taking a 10% dive in early trading.