Elon Musk calls them "fool" cells. Is he wrong? Some fuel cell stocks investors should steer towards—and some to avoid. 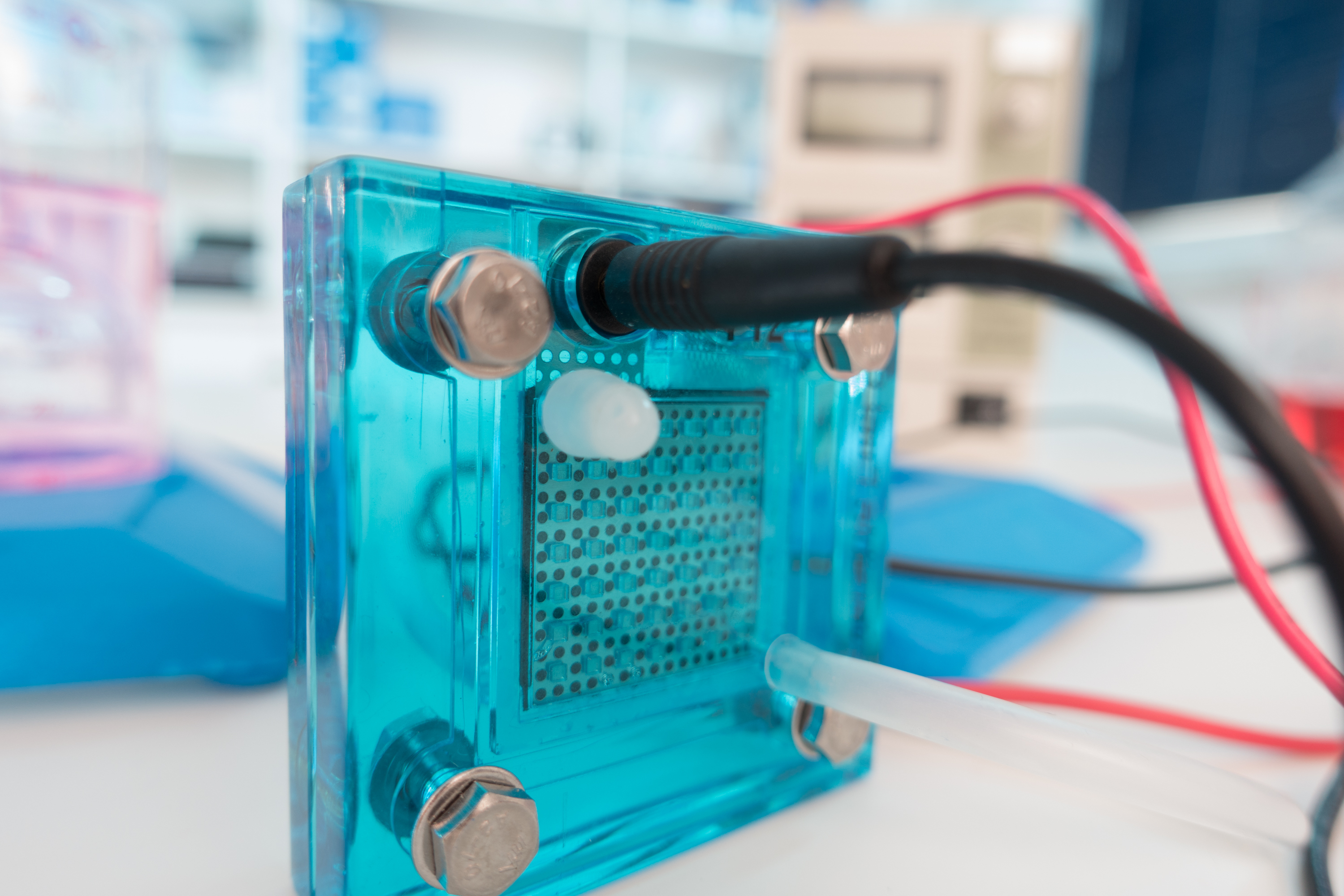 The hydrogen fuel cell has been around for more than 150 years. A form of electrochemical, it was first developed by Welsh Judge and physicist Sir William Robert Grove in 1842. Known as the "gas battery," Grove's fuel cell was made from a formation of water from hydrogen and oxygen gas, thereby generating an electric current. Grove also invented the first incandescent light bulb; Thomas Edison only improved the design.

Fuel cells have been used to power everything from NASA's Gemini and Apollo space capsules to residential buildings. Today, fuel cells are most immediately associated—particularly in the minds of investors— with environmentally cars and the public companies who are building them. The race for the best performing and most cost effective non-gas guzzling automobile offering the smallest carbon footprint has only just begun.

While fuel cells play an environmentally friendly role in eliminating pollution caused by fossil fuels, it has run into the challenge of cost. A Canadian-based fuel cell solutions provider, Ballard Power Systems (Nasdaq: BLDP), has made efforts to try to cut costs for its business in China by building a joint venture (JV) with Weichai-Ballard Hy-Energy Technologies Co. Ltd.

"The joint venture will be manufacturing Ballard fuel cell stacks and fuel cell modules in China using a supply chain and China labor. It will also help to reduce costs. It's a requirement for us to have a joint venture to address the market," Guy McAree, Ballard's investor relations director, told CapitalWatch in a phone call on Thursday.

According to Ballard, which also operates in North America and Europe, the cost of electrolysis-produced hydrogen has fallen 60% since 2010. At the time, the cost of hydrogen was between $10 to $15/kg, while today it ranges from $4 to $6/kg. By 2030, an additional cost reduction of 60% is expected, according to the report.

Another challenge fuel cell companies could face is subsidy reductions on vehicles in China. In October, authorities were reportedly planning to eliminate subsidies for hydrogen fuel-cell cars at the end of 2020. Contradicting the report, McAree called it "misinterpretation" and said it expects China to introduce a new subsidy plan for fuel-cell vehicles soon.

"Our understanding is they certainly aren't going to eliminate them. They could be reduced. They may change the power levels that the subsidies supply to," McAree said.

The government in China encouraged buyers in 17 provinces with subsidies of up to $22,000 on each fuel-cell passenger car in 2019. The Chinese government is also aiming to put a million fuel-cell vehicles on the roads by 2030, as the South China Morning Post reported in September.

There have been some gainers and losers when it comes to fuel cell stocks. In many cases, however, the stock price has not reflected the promise of the company, or the success of its business.

One of the top gainers was Japan's top automaker Toyota Motor Corp. (NYSE: TM), one of the biggest car companies betting on the fuel cell. Toyota already achieved mass production of Toyota Mirai, hydrogen fuel cell vehicles, in 2015. "The Mirai's only emission is water," as Toyota advertised its zero-emission feature on its website.

Toyota reportedly began supplying key components for fuel-cell vehicles to companies in China, according to a report by Japan's flagship media Nikkei in December 2019.

Along with its Mirai fuel-cell sedan, Toyota has been testing its fuel-cell delivery trucks with its partner 7-Eleven retail chain in Japan in 2019. With the support from Japan's government, Toyota was reported to help 7-Eleven's transition to at least 5% of its 5,800-unit delivery fleet into fuel cell trucks by 2020.

Another notable big car company in the fuel cell game whose stock has done well recently is South Korean giant, Hyundai Motor Corp., (OTC: HYMTF). The company's stock has soared 22% from $25.5 per share since last year. Hyundai stock price soared as high as $44 per share in July and was trading at $31 per share on Thursday. For trucks, the major automaker in South Korea was reported to commercialize its two hydrogen trucks by 2023 to compete with Nikola, Toyota, and Tesla Inc.'s (Nasdaq: TSLA) Cybertruck and Semi.

Hyundai is also working on fuel-cell powertrains with the support of the local government.

Ballard has also seen some appreciation in its stock price last month.  After reporting that its products have powered fuel-cell electric vehicles for an industry-leading cumulative total of more than 18.5 million miles on roads around the world, the stock in Ballard reached a 17-year high of $14.20 per share last week.

Plug Power, which provides hydrogen and fuel cell solutions, has been a notable gainer in the stock market since December. Since opening that month trading at $3.91 per share, Plug Power has soared to a 6-year high this week at $6.05 per share, in part due to retail investors talking up their positions on message boards on Reddit, according to Bloomberg. In addition, after reporting a partnership to build zero-emission commercial trucks on Thursday, Plug Power's trading volume soared more than five-fold from its daily average.

Plug Power, despite having a global presence in North America and Europe, has not expanded its business into China. Andy Marsh, the chief executive officer of Plug Power, told FreightWaves in October that it has no immediate plans to target the world's largest market for cars. He also noted that Plug Power was concerned about issues in China over intellectual property.

In April, Foton reached an agreement with Toyota and Beijing SinoHytec Co., Ltd. to jointly develop fuel cell buses. Foton said that the fuel cell buses would be equipped with some spare parts from Toyota and SinoHytec. While Foton has been a loser in the market, closing as low as 1.80 per yuan this month, its stock price does not reflect the company's overall business.

In January, Foton sold 40,160 vehicles, which represented an 8% from the same month last year. According to its website, Foton claims its been evaluated to around $16.6 billion, which has ranked first for 13 consecutive years in China's commercial vehicle sector.

Foton's parent company is BAIC Motor Corp. Ltd., which makes luxury cars and electric vehicles in China. According to CleanTechnica, BAIC ranked third in the world in global EV sales with 160,000 units.

As for oil and gas companies, there have been some losers. Shares of China's state-owned oil and gas giant, China Petroleum & Chemical Corp., (NYSE: SNP) or Sinopec, traded at $54.31 per share on Thursday. That's down significantly from a year ago when its stock was trading more than $80 per share in New York in February 2019.

Electric scooter provider, Niu Technologies (Nasdaq: NIU) has seen some market appreciation. After opening February at $8.98 per share, the Shanghai-based company reached a 10-month high of $10.10 per share. Last month, Niu released two new EVs into the European market that boast self-balancing, 5G connectivity and autonomous control. In December, Niu announced that it launched operations in its global R&D and manufacturing facility in Changzhou, China.

While the cost has dropped for Fuel cells, companies still need to focus on reducing costs further.  Although fuel cell vehicle sales soared 79% to 2,737 units in 2019, they still represent a small portion of the market in China. Despite fuel cell vehicles shining in a year where auto sales as a whole declined, it accounted for just 0.01% market share. In comparison, EV (electric, non which declined in 2019 due to subsidy cuts implemented by Beijing, accounted for nearly 5% of the market share in China.

Instead of electric cars and fuel cell vehicles competing with one another other, McAree noted the two can coexist.

"Fuel cells are a second technology option that are complementary to batteries, not necessarily competitive technology," he said.

He added that fuel cell vehicles make more sense for those traveling long distances with a higher payload. Meanwhile, electric vehicles are better suited for those who want to travel a limited distance with a lighter payload. Hence, we should see more fuel cell powered long distance buses and  trucks, and more electric cars and scooters.

Going forward, by 2050 hydrogen will account for nearly 10% of China's energy system. The demand for hydrogen in China will be close to 60 million tons, and the output value will reach $1.7 trillion, according to a white paper on China's hydrogen energy and fuel cell Industry.

The Future of the Fuel Cell

Fuel cells have come a long way since Grove's 1842 discovery--and they still have a long way yet to go. Over 100 years--the entire 20th Century and this one so far--has been powered almost exclusively by oil and other fossil fuels. That is changin, however--as it must.  But fuel cells will continue to have competition from other clean energy sources.

Also, it is indeed true that the excitement surrounding fuel cell-powered cars has especially waned, particularly in the United States, over the last two decades; the days of another small public fuel cell company's stock skyrocketing on a press release about a new kind of fuel-cell batter certainly seems over. But depsite all this, there will be a place for Grove's fuel cells for potenitally centuries to come. And while it may be too late to say they are the next big thing, it's far too early to call them "fool" cells just yet.