The companies that help you connect to others--while keeping yourself safe. 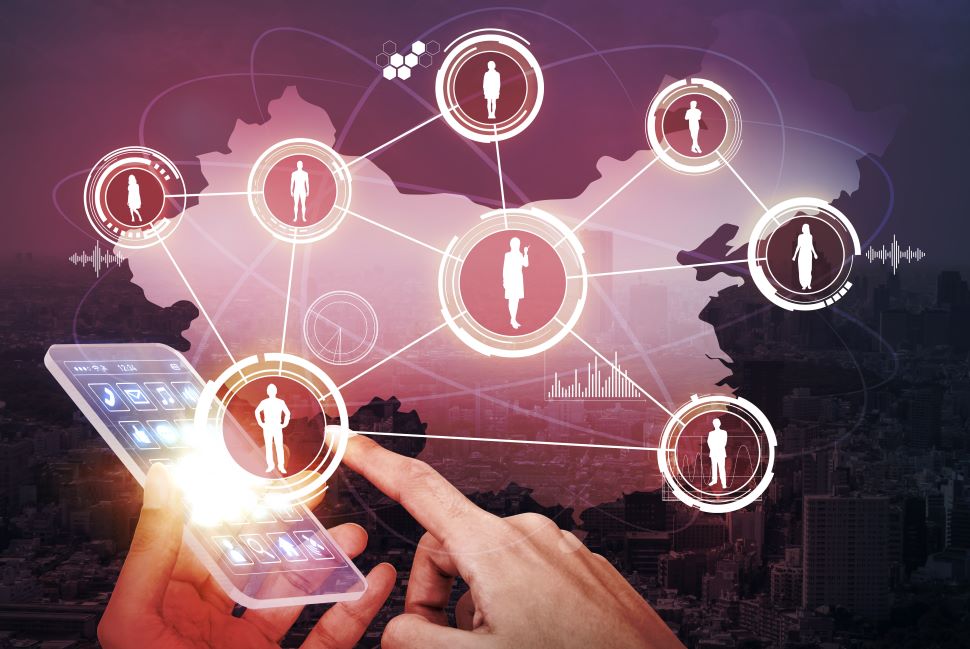 In China, the novel coronavirus has wreaked havoc on cummunities, as cities and villages were subject to various degrees of lockdown. The new regimen called for minimizing human contacts. China enforced the most draconian large-scale "social distancing" measures in human history and, as wary as we should be of these tactics, we could learn something from them.

Just How Far Away is Far Enough?

The U.S. Center for Disease Control and Prevention recommends a hygienic distance of 6 feet from other people to avoid spreading or catching the virus.  But a Chinese study of 13 patients infected from a shared ride on public transportation in Hunan suggests that the coronavirus, through aerosols, could travel as far as 4.5 meters (14.8 feet) and resulted in transmission.

David SC Hui, who chairs the Department of Medicine and Therapeutics at the Chinese University of Hong Kong, contested this finding, questioning its lack of air-quality studies before and after the bus ride.

During the Spanish flu that killed 50 million people worldwide in 1918, including 675,000 Americans, Philadelphia officials insisted on holding a "Liberty Loan" parade. Three days later, patients jammed 31 hospitals in Philadelphia, of which 2,600 people died by the weekend. We do not want history to repeat itself.

Nancy Tomes, a history professor at the State University of New York at Stony Brook, observed in "Destroyer and Teacher": Managing the Masses during the 1918–1919 Influenza Pandemic that public officials quickly realized that although it was difficult to implement "social distancing", it did flatten the curve of infection. It was an effective way to delay the spike of cases and allow the medical system to respond to the epidemic.

But according to Tomes, the novel coronavirus pandemic is fundamentally different from the 1918 crisis, in that people can stay in touch with the aide of technology. Still, technology cannot reduce the toll of social alienation.

According to an experiment performed on rats by Nottingham Medical School researchers, the animals became more aggressive and more fearful after four weeks of social isolation. And while rats don't have WeChat, we are still just as subject to the negative feelings social isolation can produce.

In China, virus-compelled social distancing has spurred the rapid rise of "homebody economies".  I will discuss the technology platforms that enable work-from-home, e-learning and at-home workout in future installments.  But let's first see how the Chinese managed to remain distant but still somewhat socially engaged, creating what I call the "groupie economy".

In recent years, China's "groupie economy" was in full swing. With its new found wealth, China's  millennials (those born during the1980s, 1990s and 2000s) searching for individual identities in a society generally emphasizing conformity, a conformity that was partly accomplished by the Cutural Revolution's brutal breakdown of both social classes and nonconforming groups.

This need for self-differentiation has enabled what I call "groupie economy", powered by ubiquitous super apps such as WeChat (via its subscription-based semi-public accounts) and Xiaohongshu (Little Red Book). Mixing social interactions with e-shopping, these applications create an illusion of belonging to a select "class" or "stratum", however loosely defined, with shared taste and sense of quality endorsed by KOLs.

Changing Ideologies: From Communism to Consummerism

Bloomberg reported in January that Little Red Book, backed by Tencent and Alibaba, was in early talks to raise about $400 million to $500 million based on a pre-money valuation of $6 billion.

According to Qimai Analytics, cumulatively Little Red Book has been downloaded more than 3.1 billion times on Android devices alone.

A Qimai study of the period from January 20 through February 16 shows that users particularly sought after for short videos and video applications. Little Red Book ranks 18th among the top apps.

An app popular amongst lonely singles is MoMo (Nasdaq: MOMO)  (ranked 11th on the Qimai list).  For good or bad, the app has been dogged with a reputation for de facto "one-night stand" app, boasting 113.5 million end-users as of the end of second quarter 2019. As of August 25, 2019, MoMo had 4.1 million premium paying users. Live streaming business accounted for 80% of the total profits

But the nationwide lockdown appears to do little to boost MoMo's stock price, despite its popularity during the outbreak.  Momo reached its YTD high of $37.29 on January 13, 10 days before the Wuhan lockdown.  It closed at $23.57 on March 13, down 26% from $31.73 reached on February 19 when major US indexes reached all time high.  During the same timeframe, Nasdaq composite dropped 20%.

Social Gaming and the Homebody Economy

If wearing beauty masks while binge-watching coronavirus news or videos is not your thing, Chinese experiences show that "social gaming" could counter some of the anxiety-producing isolation.

You May Game (Huiwan), launched in 2014, jumped to No. 1 spot among all free download apps on January 17 and continued through the Chinese New Year during the nationwide "social distancing", according to the data from Qimai analytics.  Huiwan's products include games such as "You Draw I Guess", "Wolfmen's Killing", and "Gobang" have become the go-to choices for gamers during the epidemic.

Despite five upgrades released during the outbreak, a large number of users flooded the Huiwan system and caused multiple crashes. Its popularity attests to the distinctive social functions attached to the games. Among them, the "Voice Room" feature allows players to interact online with a built-in microphone; the functions such as "No-More-Single Radio" and "Playmates' Circle" connect players and strangers.

By leveraging the name recognition and star power of these shows, the hyper-reality games allow their players to assume virtual identities. Public information shows that Playmaster received 1 million yuan (approx. $153,520) in angel investment in 2015.

As gaming companies benefitted from the homebody phenomenon, App Annie's round-up of the February downloads in China shows that "Killing Virus" developed by Kunpo topping the gaming chart. But exploiting the virus anxiety for commercial gains could also backfire. A case in point: Shenzhen Stock Exchange-listed Perfect World launched an event called "People's Epidemic" to promote its existing game "Perfect International". In the game, players take to the streets to kill the infected bats with special props.

Unfortunately, the screens densely populated with ghostly dark viruses unnerved the players, who protested that while the whole nation was in the midst of mandatory self-isolation, the game made the players to "go onto the streets to kill bats", albeit only virtually. Perfect World promptly took down the bats-killing plot after the Beijing Municipal Bureau of Culture launched an investigation.

By contrast, NetEase (Nasdaq: NTES) retooled its martial arts game "Warrior Against the Cold Stream" to echo Chinese government's call for staying home and avoiding human contacts. It also rewarded gamers with the ability to have their gaming persona wearing "Wuhan Jiayou" (Wuhan Keep up the Fight) face masks. Before the outbreak is brought under control, the platform waived the play points in an effort to support all gamers' social distancing efforts.  Based on the closing price of March 16, NetEase lost 15% of its value YTD, compared with a 30% drop in the Nasdaq.

The compelled social isolation also gave a leg up for China's short video-sharing platforms.  Douyin, as TikTok's Chinese version is known, offers video-sharing social networking services that grabbed the No. 2 and No. 3 spots of most downloaded apps during the outbreak in China. With the pandemic forcing the number of homebodies to grow globally, TikTok's global influence will only grow.

ByteDance, TikTok's parent company, had over 800 million daily active users (over 1 billion accumulated users) across all of its AI-powered platforms as of November 2018. Valued at $78 billion as of November 2018, the world's most valuable unicorn has repeatedly squashed the rumor of going public. When that day comes, it would be a handsome payout for SoftBank, which put in $3 billion in 2018.

We will see how ByteDance realizes its plan to take on Western social media giants such as Facebook and Google. Censorship has been an issue for the Western dissenters of many Chinese super apps.

If you seek catharsis in long-form drama, there are other players to watch.  As Netflix is set to benefit from the social distancing and sometimes curfews imposed by the governments in Europe and North America, we should remember that Netflix is not accessible in China without VPN circumvention of government regulations.

But its Chinese cousins iQiyi (Nasdaq: IQ) Youku (NYSE: YOKU) , and Tencent (OTC: TCEHY) have recently benefitted from this trend.  According to industry estimates, since the outbreak these three video platforms have seen daily average revenue flow multiplied to exceed 300 million yuan.

Whether this will reverse the losing streak of Nasdaq-listed iQiyi remains an open question. iQiyi lost more than 10.3 billion yuan in 2019, after losing 3.7 billion and 9.1 billion yuan, respectively, in 2017 and 2018.Sensing the rising demand, its CEO Gong Yu recently announced that it could increase membership fees in the wake of the epidemic.

iQiyi's stock performance does not appear to benefit from the virus fallout. The stock dipped on January 24 after the lockdown news from China and then cliambed to $27.18 on February 13, a recent high.  But it closed at $18.69 on March 13.  This translates into a 25% drop from the broad market peak at February 19.

As of March 13, Tencent's ADR closed at $46.24, 13% down from $53.2 of February 19, roughly tracking the movement of the Hang Seng Stock Exchange where the stock is listed. Tencent Holdings' stock price reflects its broad range of business. Its video streaming platform owns exclusive right to broadcast NBA games and Oscar ceremony, among others.

No matter how you choose to improve your social skills during this critical time, these are all good apps to know. Even if you, like me (living in Manhattan, one of the most vulnerable cities in the U.S.) just try on the pinkest shade of pink lipstick, please #stay home and stay healthy. 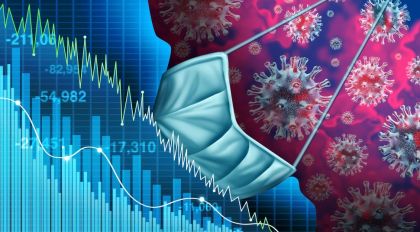 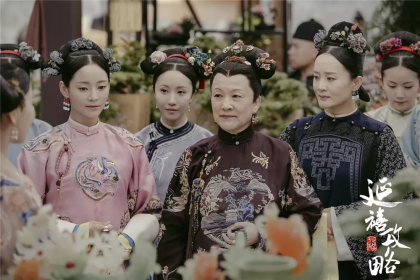 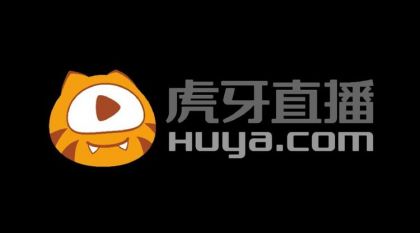 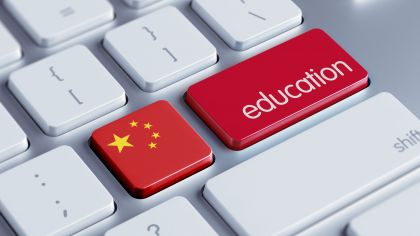 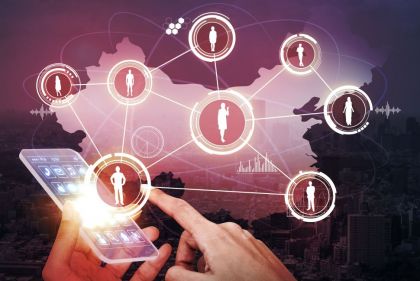