Gaming is a great space to be in right now, as demand to escape to the virtual world has never been higher. 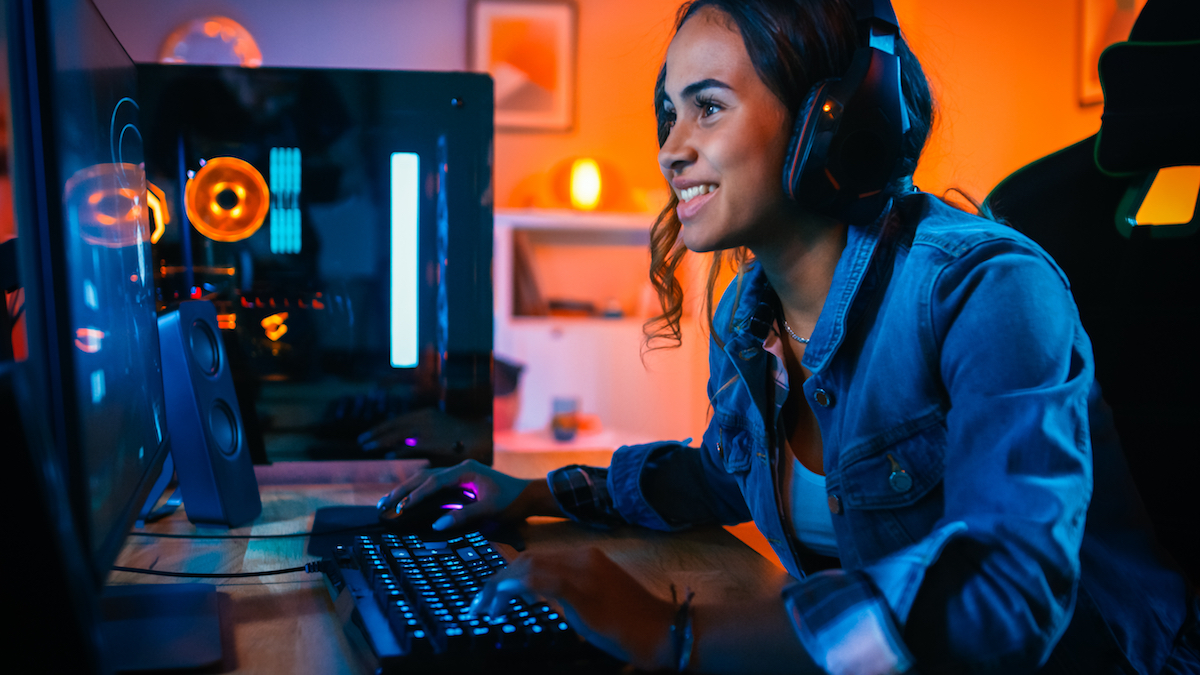 Gaming is a great space to be in right now, as demand to escape to the virtual world has never been higher.

For those stuck at home around the world, movies and TV shows are great but adding a controller to the experience is that much better. From sofas around the nation and beyond, wannabe Jedi Knights take down Sith Lords as they wait impatiently for life to return to normal on the outside.

According to a study by the Entertainment Software Association in 2019, more than 164 million people or around 65% of adults played video games. That's roughly 50% of the U.S. population. Also, the industry has had its biggest month of March in more than 10 years, as sales of game consoles, games, accessories, and game cards have reached $1.6 billion, according to a monthly report by The NPD Group.

One seeing increasing demand in video game activity is Microsoft Corp.'s (Nasdaq: MSFT) Xbox console. In an interview with Business Insider, Phil Spencer, the head of Xbox said the company has watched growth increase across every part of its business—that includes console sales and services such as Xbox Live and Game Pass.

"We track what we call 'new to Xbox customers,' — new to gaming customers — people that we're seeing for the first time," Spencer said.

He added, "And we're seeing a big flood of new people come into gaming."

That was then followed up by Microsoft shocking Wall Street last week, reporting revenues of $35.02 billion on profits of $1.40 per share in its fiscal third quarter. The strong results beat Wall Street analyst's revenue estimates of $33.66 billion and the Street's projected profit of $1.26 per share. Xbox content services revenue received a 2% year-over-year boost.

According to Microsoft, some of the most popular games played on Xbox are Fortnite, Call of Duty Modern Warfare and Grand Theft Auto V. The Redmond, Washington-based company owns the exclusive rights to popular games Halo and Gears of War. Halo Infinite is set to release by the holiday season 2020.

The American conglomerate has other work-from-home offerings such as Outlook.com, Skype, OneDrive, and Microsoft Office. As we discussed in March, Microsoft has also been involved in the telehealth sector. Shares of Microsoft are up 11% year-to-date, and more than 30% since the low in March.

Sony Welcomes Users to the Show

One of Microsoft's competitors, Sony Corp. (NYSE: SNE) has also seen demand pick up for its PlayStation console. The Japanese-based tech giant, which owns MLB The Show 20, has seen sales rise in the absence of televised sporting events. The newest title, currently exclusive to the PlayStation 4 has become the fastest-selling game in the history of the baseball franchise, according to The NPD Group. MLB was also the third highest-selling game for March.

Sony also received some good news for its title The Last of Us Part II. The action-adventure horror game is now set to release on June 19 after being delayed twice this year. Fans of the series have been waiting nearly a decade, as the first game came out in June 2013 on the PlayStation 3. As of June 2018, Naughty Dog, the developer of the franchise said it sold more than 17 million copies, making it one of the best-selling games of all time.

With social distancing like to continue through summer, Sony will look to cash in big with the release of the Last of Us. With shares down nearly 10% YTD, Sony is a buy. Now would be a good time to invest before the anticipated Last of Us comes out. Sony, which operates in other consumer electronic fields, generated more than $12 billion through PlayStation Network in 2019, according to data from ResetEra.

While Sony and Microsoft have benefited from people staying home, Nintendo Co., Ltd.'s (OTC: NTDOY) console may be seeing the largest surge. Thanks to the launch of the title Animal Crossing: New Horizon on the Nintendo Switch in late March, console sales in the U.S. skyrocket more than double in March compared to the same month last year, according to The NPD Group. PlayStation 4 and Xbox One console sales have soared 25% each year-over-year in the month.

The popular series has helped Nintendo's shares surge more than 25% over the past month. The Nintendo Switch has also sustained great success since its launch in 2017, selling 42 million units, according to an IGN report updated in January. The Xbox One, which launched around the same time as the PS4 has posted the weakest sales with 41 million units. Nintendo is a safe buy at $51.66 per share. 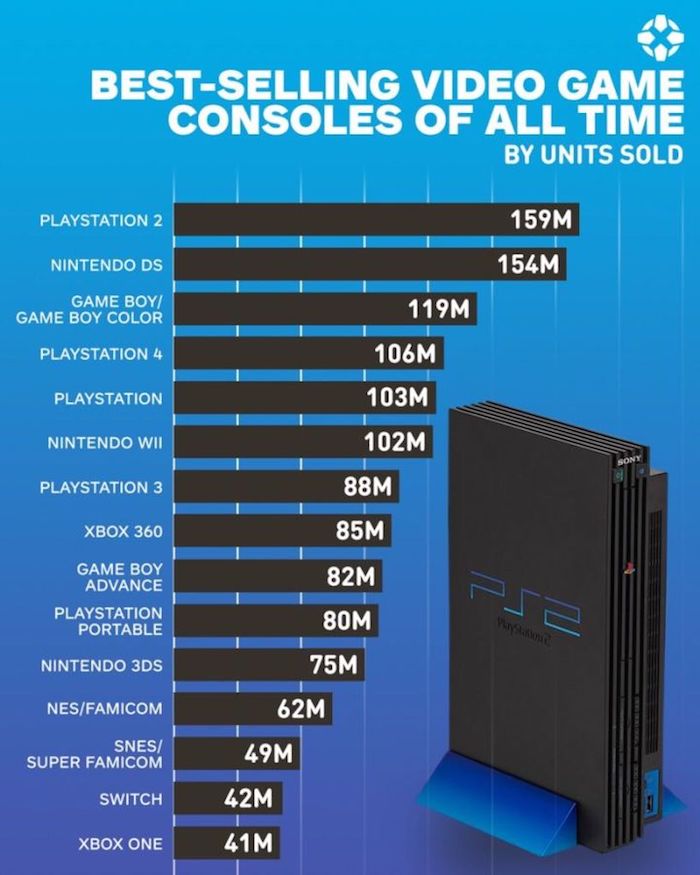 With console makers seeing a surging demand, so have game developers and publishers. One is Blizzard Activision, (Nasdaq: ATVI) which publishes one of the most prominent video games in the U.S., Call of Duty Modern Warfare. After making its debut in October 2019, the video game has been the top seller in 2020 and the second highest in March. The California-based company has also released a free-to-play battle royale spinoff called Call of Duty: Warzone in March, which has already brought in more than 50 million players.

"Most of our games are seeing record levels of engagement," Bobby Kotick, the CEO of Activision, which also owns the popular mobile game Candy Crush, told CNBC in April.

He added, "And people are getting the benefit of entertainment at home for what we do."

It has also released a remake of the Call of Duty: Modern Warfare 2 campaign to PS4 users in late march with versions arriving to the Xbox One and PC last week. That has satisfied old school fans of the series, but no multiplayer and just campaign even for only $20 is a little disappointing. That said, Activision is a buy at $64.00 per share.

As we take a look at the developer and publisher Electronic Arts Inc., (Nasdaq: EA) they aren't seeing as surge as a surge like Activision, but they aren't struggling either. Unfortunately for EA, many of their popular titles including their sports branded games and Star Wars: Jedi Fallen Order debuted later in 2019. That helped the company generate $1.59 billion in revenues in the three months through December, up from the $1.29 billion in the same period in 2018.

One thing investors should keep an eye going forward when looking at EA is if the impact of the Covid-19 forces the company to delay their annual sports titles that usually release before the end of the year. While there aren't any confirmed dates, its Madden NFL usually releases around August, while its NHL and FIFA titles typically come out in September.

If no delays, EA could see an enormous increase in demand for its sports titled games, especially if sports is still on hold. If you own stock in EA, now is a good time to hold and monitor closely. Shares of EA are up 7% YTD.

Another company that is in a similar position as EA is Take-Two Interactive Software, Inc. (Nasdaq: TTWO). The New York-based company, known for owning Rockstar and 2K gaming publishing labels does not have a popular game coming out until NBA, which typically releases in September. Like with EA's sports titles, NBA could see high demand from sports gamers if there isn't a season, but again it's unknown whether the company will delay the product due to the Covid-19.

Also worthy of watching is Rockstar's new Grand Theft Auto (GTA) 6 will come out. GTA 5 made its debut on last-generation consoles in September 2013, becoming the second best-selling video game of all time with more than 120 million copies shipped. Reportedly, GTA 6 is in its early development, but Rockstar has been silent on the matter—keeping fans on edge.

In addition, after a disappointing previous game, Take-Two has canceled WWE 2K21. Instead, the company will launch an arcade-style game called WWE 2K Battlegrounds in the fall. Other popular games that have been rumored to be in development are Rockstar's Bully and LA Noire titles. Shares of Take-Two are up YTD. Right now, this stock is a hold but might be a wise long term buy with potential intriguing titles in the works.

Video games will continue to maintain their popularity, irrespective of what happens with Covid-19. Product delays will be the main factor here when it comes to company performance.

It's no secret that Sony has been the runaway favorite when it comes to consoles compared to Microsoft. However, Microsoft will look to change that when the next-gen consoles the Xbox Series X and PS5 come out in the holiday season. Perhaps the tide has already turned, as at least early on the Series X appears to be the superior console. The Series X's impressive hardware has even left a former Sony PlayStation developer raving about it.

"PS5 is not a bad console, it's an absolute beast of a piece of hardware," Chris Grannell said, who has worked on WipEout games and Guerrilla Games.

He added, "But it's just a piece of hardware which is slower on numerous kinds of paths than what Microsoft has put together."

The Series X has 12 teraflops of computing power compared to the PS5's 10.3. Grannell also said that Sony may have been caught off guard with the Xbox's power, as the PS4 blew Microsoft product away this generation.

Microsoft's new console will also offer a wider range of backward compatibility compared to the PS5. In addition, there's more good news if you're a baseball fan. In 2021, MLB the Show will be coming to the Xbox and the Nintendo Switch. MLB The Show served as a Sony exclusive for more than two decades.

It is a good time to be a gamer and a video game investor. Hiding from the real world, gamers find solace in fantasy and the sense of control the gaming experience offers. But really this is just survival until The Last of Us Part II comes out.