The biotech company, with operations in the U.S. and China, is scheduled to lift off next week. 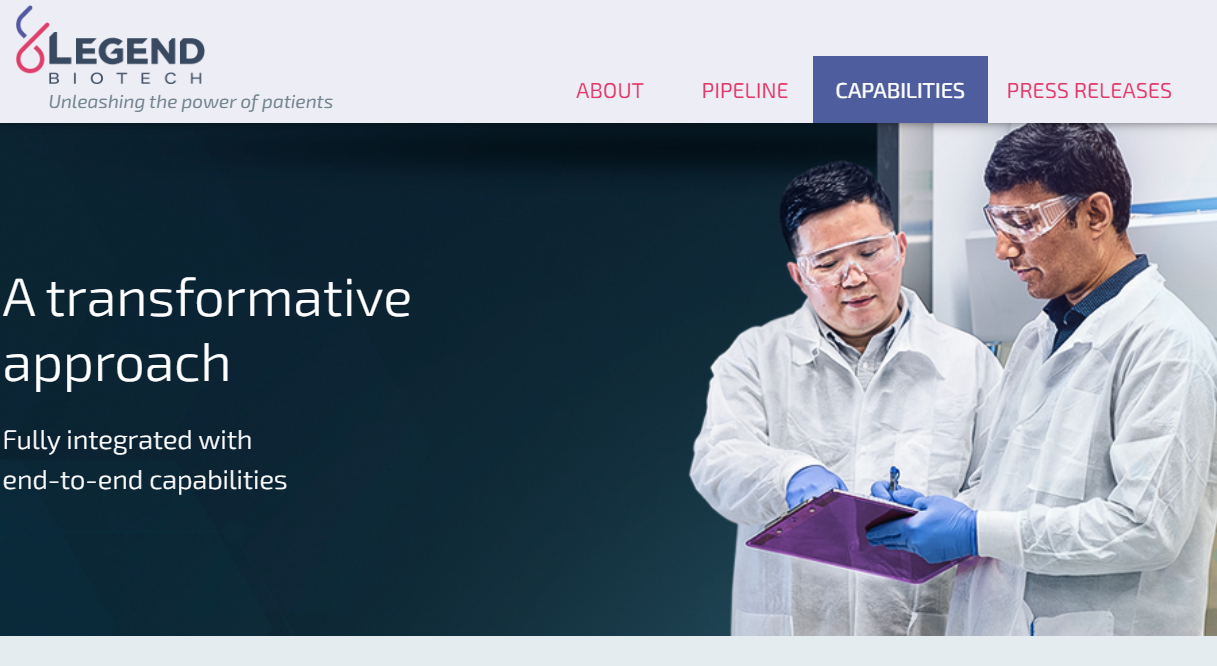 Legend Biotech Corp. has set the terms of its IPO that could raise it up to $368 million next Friday.

In a filing with the U.S. SEC today, the spin-off of GenScript Biotech (HKEX: 1548) said it seeks to sell 18.4 million American depositary shares in the price range of $18 to $20 per share. Its flotation is scheduled for June 5 on the Nasdaq Global Market under the ticker symbol "LEGN."

Underwriters on the deal will have an option to acquire an additional 2.8 million shares in case of over-allotment, Legend Bio said. They are Morgan Stanley & Co. LLC, J.P. Morgan Securities LLC, and Jefferies LLC.

Headquartered in Somerset, New Jersey, Legend Bio operates in the United States, China, and Europe, focused on the discovery and development of cell therapies for oncology. It is developing its core candidate, CAR-T cell therapy LCAR-B38M/JNJ-4528, in partnership with Janssen Biotech, Inc., operated by the medical giant Johnson & Johnson (NYSE: JNJ).

The company is conducting Phase 1 trial in China and Phase 1b/2 registrational trial in the U.S. and Japan. And while it expects to get approval of the drug in the near-term, Legend Bio noted that complications in the form of cytokine release syndrome (CRS), sometimes deadly, could occur, as is common with cell therapies.

With Janssen, Legend Bio is equally sharing the development, production, and commercialization costs and profits or losses except those in Greater China, where Legend assumed 70% of the same. The company received an upfront $350 million payment from Janssen, in addition to four milestone payments totaling $110 million.

In its latest filing, Legend Bio also reported the financials for the three months through March. It said in the first quarter of 2020 its revenues were $11.5 million, up 15% year-over-year, while losses were $44.2 million.

Legend Bio said it intends to use the proceeds from the offering in New York for the clinical development of its lead therapy candidate, as well as for the manufacturing facilities and commercial launch of the product if approved. The remaining amounts will be used for other pipeline programs and general corporate use, according to the filing.

Legend Bio first publicly filed its prospectus just two weeks ago and is already seeing the finish line. Unlike its peers in China, the company seems to be enjoying more tailwinds propelling it toward an IPO thanks to operations in the United States. Meanwhile, a slew of Chinese companies with smaller losses is struggling with the hostile Wall Street sentiment and the threat of the bill that would force them to open their books to the PCAOB.

JNJ stock ended more than 1% higher in New York on Friday, at $148.75 per share. Shares in Hong Kong-listed GenScript Biotech rose 6% to HK$17 even as the Hang Seng Index slipped 0.74% on political and economic instability.