Casino Stocks: Are They Worth Playing?

Casino operators look to their Macau operations to help them recover. 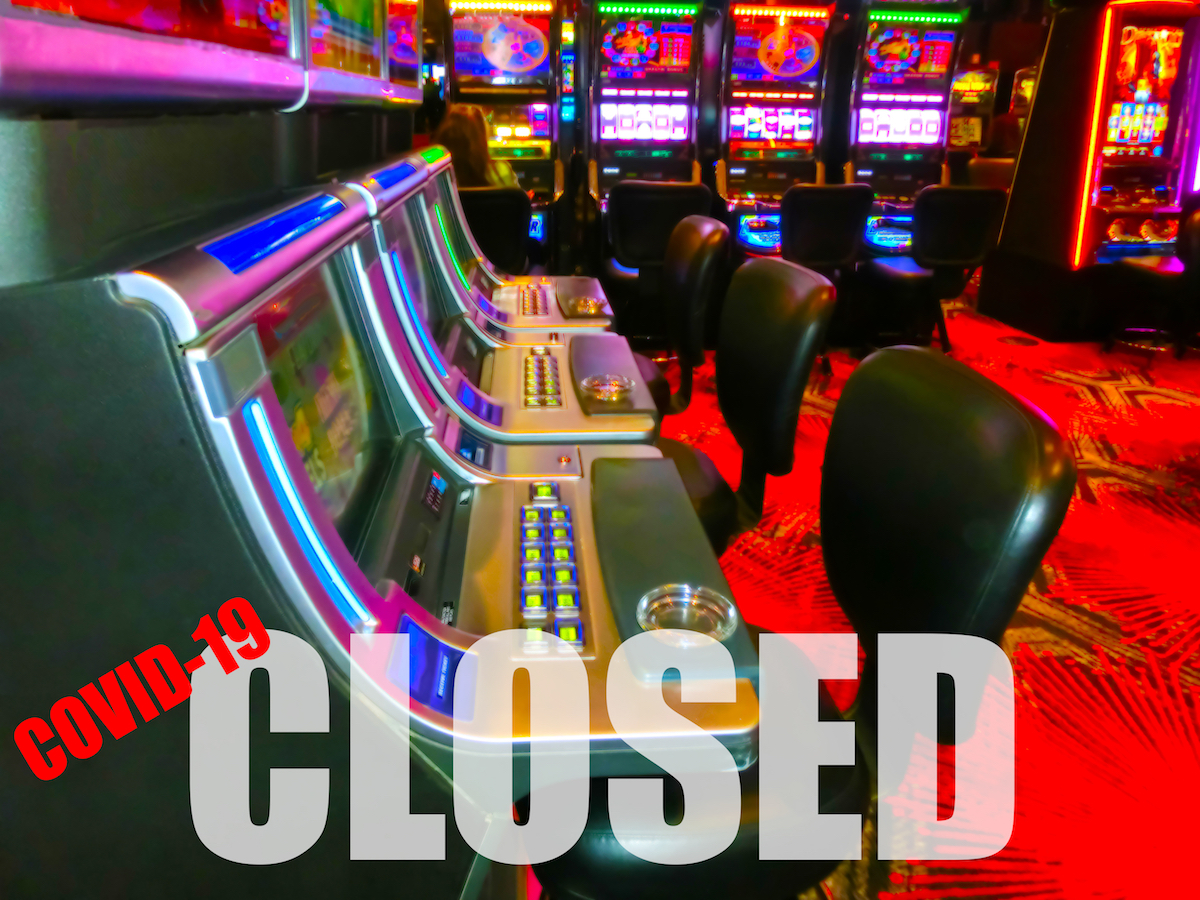 Nevada casino operators have watched their business take a hit in both the United States and China.

Although Macau casinos have been open after a brief 15-day shutdown in early February, they might as well have stayed closed for an additional two months. According to data from the Gaming Inspection & Coordination Bureau, April marked the worst month ever for Macau casinos, as gross gaming revenue tumbled 97% $95 million compared with the same month last year.

Known as the largest gaming hub in the world, Macau generated $36.73 billion in gaming and gambling revenue in 2019, according to Statista. That's much larger than Vegas' usual around $6 billion it generates, even though Macau is a much smaller city with less space to fit large casinos. 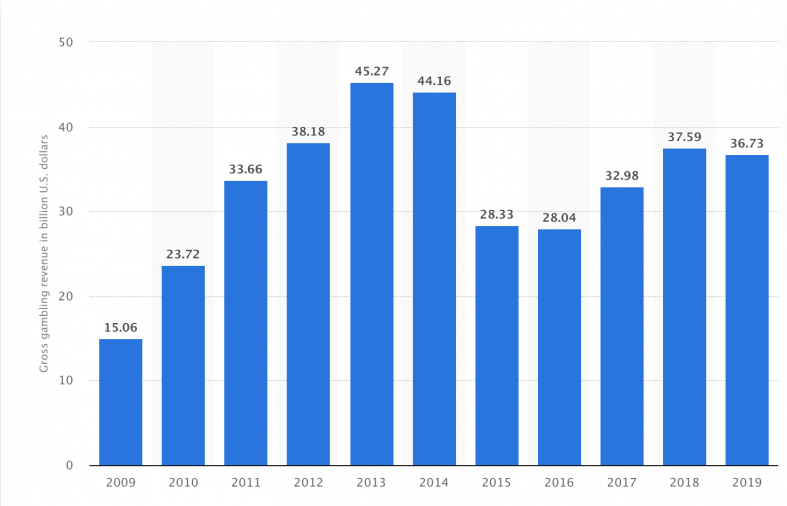 As part of phase two reopenings, Vegas casinos will reopen on June 4. But given the lack of demand that Macau has seen so far, it's hard to imagine that things will pick up anytime soon in Vegas.

LVS a Gainer on Optimistic Comments From Execs

In the last month or so, investors have been bullish on American-based casino stocks. Some of the optimism in the industry has been based on executives for the casino operator Las Vegas Sands Corp. (NYSE: LVS) saying in a conference call to analysts in late April that it expects Asia revenues to rebound quickly. Robert Goldstein, the chief operating officer of LVS attributed the potential recovery to the public's readiness to wearing face masks, having their temperature taken, and using other precautionary measures, as they've experienced epidemics in the past.

"I think they're going to welcome it and be anxious to get back to having fun. I believe that from the bottom of my heart, the recovery in Asia is going to happen rather quickly. I'm not as comfortable [about] Vegas," Goldstein said.

The operator of the world's most expensive casino in Singapore valued at $5.88 billion, has watched its shares climb 20% since the news. Now, LVS is looking to start reopening in Nevada, as it said earlier this month that it was accepting reservations at its Venetian Resort on June 1.

However, don't let the recent month of positive news fool you as it's still been a disastrous year for LVS and is likely to endure more financial damage going forward. In the three months through March, LVS' revenue plummeted 51% to $1.78 billion on a net loss of $51 million. Expect the second quarter to get worse, but after that things could start to shift, as it will hope to be lifted by its Macau operations.

Boris Schlossberg a managing director of FX strategy at BK Asset Management told CNBC that LVS has a strong balance sheet that will allow them to look for acquisitions and "come out of this a winner."

"[LVS]stands the best chance to rise from the rubble at this point," Schlossberg said on CNBC's Trading Nation.

"Yes, absolutely Macao's gaming has just come to a complete standstill. But that's not the first time in that region for people to be dealing with a pandemic. In Asia, I think the population is just much more adaptive, and as soon as there is a green light or even a yellow caution light, they're going to reenter the arena."

On its balance sheet, LVS had unrestricted cash of $2.60 billion with debt excluding finance leases at $12.30 billion, as of March. Be prepared for unknowns rest of the year after the first half, but LVS is a solid buy trading below $50 per share.

Another casino operator Wynn Resorts Ltd. (Nasdaq: WYNN) has also enjoyed a nice gain since LVS' executives expressed an optimistic outlook for Asia in April, as its shares are up since then. However, like LVS, Wynn's first-quarter results were not pretty; revenue fell to $953.7 million compared with $1.65 billion in the same period in 2019. Its adjusted loss was far wider than expected at $3.54 per share compared to Zacks' Consensus Estimate of $1.05 a share.

Everything is going to depend on its Macau operations and just how quickly China does in fact get back to normal. Steve Wynn, the former chairman and CEO of the company told Fox Business that during the last financial crisis that its growth was attributed to "Chinese money" and said 65% or 70% of the profits came from Macao where the company operates Wynn Macau and Wynn Palace Cotai.

"This time, opening China, which I think is gonna happen as soon as they release some of the restrictions on the visas," Wynn said.

He continued: "And Macau, I believe you'll see [a] bounce back very rapidly, which will benefit the Nevada hotels that have operations there."

In February 2018, Wynn resigned as the company's chairman and CEO on allegations of sexual misconduct, which he has repeatedly denied. While it still has a long way to go before Nevada starts profiting again, the company announced plans to reopen Wynn Las Vegas on June 4.

Wynn Resorts could be a solid buy once Macau starts bringing in profits, but we still don't know for sure when that'll happen. With shares down around 40% YTD, this will be a stock to watch.

MGM a Tougher Bet Without Big Operations in Macau

Things are a little more complicated for another casino player MGM Resorts International, (NYSE: MGM) as it gets just over 10% of its revenue from China and most from Las Vegas.

In the first quarter, MGM's revenue tanked 29% to $2.25 billion. Like LVS and Wynn Resorts its stock has gone up, however, since Goldstein's comments in April, shares up 34% since then.

Adding to the tough year for MGM, David Katz, an analyst at Jefferies downgraded MGM to hold and cut his price target on the stock to $22. However, Katz said, "the expected catalysts for change have had mixed performance and reaction, but the valuation remains." He added, "Sometimes valuations remain at rest."

MGM is now set to reopen its Las Vegas properties on June 4, but amenities in the areas will be limited. As things currently stand, there should be no rush for shareholders to jump all over MGM's stock, as the company has a challenging road ahead.

The Balance Sheet of a Galaxy

Now we turn to the Chinese operator Galaxy Entertainment Group Ltd. (HKEX: 0027; OTC: GXYEF) which competes with Wynn Resorts, MGM, and LVS in Macau. The Hong Kong-based company, which is known for operating Galaxy Macau, Broadway Macau, and StarWorld Hotel, is burning through $3 million daily in operating costs.

In the first quarter, Galaxy's gross gaming revenues in Macau were HK$29.6 billion, representing a year-over-year plunge of 60%. It also reported a debt of HK$4.4 billion. However, Galaxy has a strong balance sheet with cash and liquid investments at HK$51.9 billion and net cash at HK$47.5 billion, a fact that is not lost on industry analysts.

"While we remain cautious on Macau overall, we think Galaxy will remain resilient given its balance sheet, growth pipeline, and as the preferred way to play the initial recovery when travel and border restrictions are eased," investment firm Union Gaming, wrote in a note.

While both stocks in the dual-listed company will be worth looking at, there isn't much upside in its over-the-counter listing. The highest its OTC shares have ever traded was in the $10 per share range and that was more than 5 years ago. Now it sits trading mostly in the range of $6 and $7 per share. For Hong Kong, it went from trading near HK$20 per share around a half-decade ago to its present HK$50 to HK$55 per share price. With shares in Hong Kong down 7% YTD, the stock will be one to monitor.

An Array of Uncertainties for Melco

Another Chinese-headquartered company to take a look at is Melco Resorts & Entertainment Ltd. (Nasdaq: MLCO) The Hong Kong-based company posted first-quarter revenues of $811.18 million, down 41% from the same period in the preceding year on a loss per share of 72 cents. The results were mixed, as revenue was 28% higher than Zacks Equity Research expected, but its loss was wider than the projected 59 cents per share.

While the risk assessment firm Moody's wrote in a report in late May that Melco has enough sources of liquidity for at least the next 12 months, it still posted a negative outlook on the company.

"That said, the rating outlooks are negative, reflecting the lingering uncertainties over the timing and extent of future earnings recovery and our expectation for significant negative cash flow and debt growth that will continue until sufficient recovery takes hold," Sean Hwang, an assistant vice president and analyst at the firm wrote.

There's also another concern with Melco, which applies to just about every other Chinese company with public listings in New York. With the U.S. Senate passing a bill that makes things more challenging for Chinese companies to list on its exchanges, around 800 firms are likely 800 to delist from its bourses, according to Bloomberg.

Investors will want to keep a close eye on those companies including Melco in the coming months. Shares of Melco are down 34% YTD; though it's too early to encourage a buy due to the slew of uncertainties surrounding the company.

Shareholders in the company will want to hang tight, however, as Melco gained 6.4% in the market share in terms of gross gaming revenue for the first quarter in Macau, according to analysts from Brokerage Sanford C. Bernstein Ltd. That brought bring their market share control 21.4% in Macau compared to 15% in the same period last year.

Fauci Says Vaccine Could Arrive at the End of the Year

Even though Vegas casino operators will have their local gaming resorts open soon, they will bank on their Macau business to save them. With social distancing likely to be a factor until there is a vaccine, it's hard to imagine that the Strip will be crowded with people gambling in masks.

"I still think that we have a good chance, if all the things fall in the right place, that we might have a vaccine that would be deployable by the end of the year, by December and November, Fauci told CNN last week.

Because of all the positive vaccine news in the past couple of weeks or so, investors have been bullish. That could explain some of the gains that some of these casino operators have seen in the last month-plus. However, even with Fauci's optimistic timetable, the vaccine may still not arrive in time for the potential second wave of Covid-19, which could come in the fall. But if a vaccine arrives when Fauci says it might, it will represent a much-needed win for casino operators.

According to a market report from Industry Research earlier this year, the global gambling market is expected to grow by $231.63 billion during 2020-2024, representing a compound annual growth rate of 5% in the period. While we don't recommend a buy on any of the stocks now besides LVS, existing shareholders in the other companies covered in this piece should hold.

Once a vaccine comes out, casino operators will start churning out profits once again. With the country broke and the economy in shambles, mortgaging what's left of one's savings on Megabucks is likely an unwise risk, but one some Americans will likely take.