The first to benefit from the lockdown exit are those hit the hardest during the pandemic. U.S. airline stocks flew even higher Thursday after yesterday's gains on hopes of the opening of borders and an economic rebound from the Covid-19 outbreak. 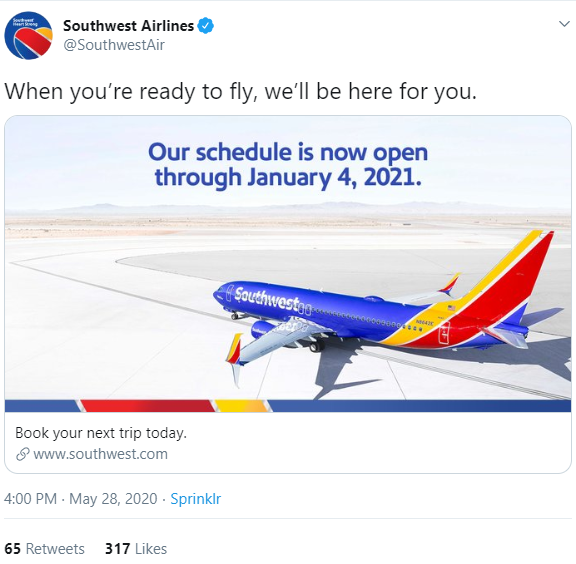 These have been enjoying the greens throughout the week as the world is dusting off its suitcases and eyeing getaway deals. The Transportation Security Administration (TSA) showed on its official webpage that the number of daily travelers passing its checkpoints on both May 31 and June 1 exceeded 350,000 for the first time since March 22.

Meanwhile, Beijing said today that it will begin to allow limited foreign flights, following the assertion by U.S. President Donald Trump that he will ban Chinese airlines from entering the United States over the next two weeks.

Trump's announcement, made Wednesday, did not deter markets from rising – which could signify the public's general agreement with his tit-for-tat modus operandi. Similar measures have been assumed by China – it had only allowed American cargo flights in attempt to stave off recurring cases of infection. Now, starting Monday, one international flight per week for any foreign carrier will be allowed.

After nearly two years of waging its trade and tech war, Trump continues to assume an active-aggressive stance toward Beijing, lately blaming China for the scale of the Covid-19 crisis and mishandling the outbreak. Beijing had denied the claims of covering up its Covid-19 cases after it had revised its death toll significantly upward earlier to "leave no case undocumented," as Reuters reported, citing the World Health Organization. However, critics, Trump included, argue that China had manipulated the figures purposefully and should have informed the world sooner.

Using his favorite bully tactic, Trump was shifting the focus from his own failure to see the dangers of the virus in the early days.