Soft Drink Stocks to Watch as the Industry Loses its Fizz

While soda revenues are falling flat, the energy drink market continues to bubble. 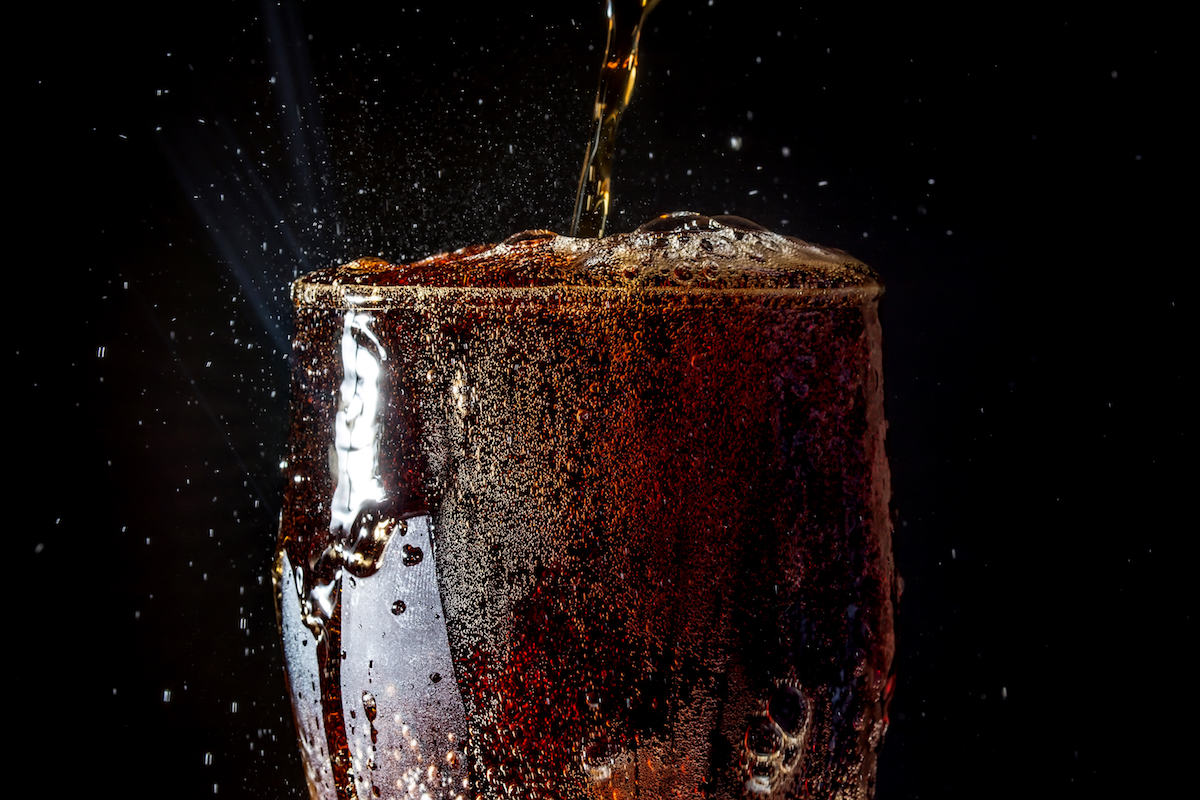 The soft drink industry has been losing its fizz long before Covid-19.

Over the past few decades, Americans –still the most obese nationality in the world— have taken a more cautious approach towards their sugar intake by turning to water. The American Heart Association recommends men consume no more than 36 grams of added sugar, while women do not exceed 25 grams a day. To put that in perspective, 12 oz cans of Coke and Pepsi contain 39 grams of added sugar in each.

Sarah Schmansky, the vice president of Nielsen's fresh and health wellness division told Food Drive in 2018 that 50% of consumers intended to scale back on their glucose intakes by not buying "no sugar added" products. She also said more than half of consumers were staying away from artificial sweeteners in the prior year.

The year 2000, marked the peak for soft drink consumption at 53 gallons per person; it dipped by 25% from that figure in 2018, according to Statista.

Now, as we turn towards looking at firms that mostly engage in manufacturing soft drinks, it is important to note that most have only seen a minimal impact on sales from the pandemic. Compared to other sectors we have covered like cruise ships and move theaters, soft drinks—and their stocks—have not fallen nearly as hard.

The leader in the carbonated soft drink industry has been The Coca-Cola Company, (NYSE: KO) which controlled around 43% of the U.S. market share in 2018. Despite the virus, its first quarter wasn't as bad as expected, as revenue came in 1% lower year-over-year at $8.60 billion on adjusted earnings of 51 cents per share. Wall Street was expecting sales of $8.28 billion on EPS of 44 cents.

However, the beverage giant said that its global volumes have plummeted 25% in April and has been hurting from movie theatre, stadium, and restaurant closures. John Murphy, the chief financial officer of Coke expects performance to bottom out in the second quarter, according to an interview with Credit Suisse's Kaumil Gajrawala.

Despite that, things could shift afterward as countries continue to improve, while the U.S. reopens. Gajrawala, which has a $57 per share price target on Coke said in a note in May "[the company] expects to increase emphasis on affordability in emerging markets and less experimentation with small brands." The analyst also noted Coke's liquidity situation, as it had two issuances of debt in April and May amounting to $12 billion.

As we turn towards the future with the soft beverage industry continuing to decline, soda isn't the only thing the Coke makes. In 2018, Coke expanded its caffeine talents to hot beverages, as it acquired the British coffee-shop chain Costa Coffee for $5.1 billion. Coke, which also owns brands including Sprite, Dasani, and Vitaminwater, will have a tough second quarter ahead of them but could start rebound soon. Right now, the stock is a hold at its trading levels.

While it will likely take a hit in the second quarter with the venue closures, Pepsi, which has pulled its guidance, has still committed to its buybacks and expects to return $7.5 billion to shareholders. At the end of the quarter, the New York-based company had $11.29 billion in cash, cash equivalents, and restricted cash on its balance sheet.

One thing investors should know is Pepsi isn't just a soda maker but is also prominent with its Frito-Lay snack products. Vivien Azer, a managing director at the investment banking firm Cowen and Company, pointed towards Pepsi's launch in May of Snacks.com, a direct-to-consumer initiative.

She said of the platform, "that is positioned to better serve the shift in online shopping habits which have accelerated amid the pandemic," She added that the prices on Snacks.com are more than leading online grocery services, which could result in positive margins. Azer also has an outperform rating with a $156 per share target on Pepsi.

Trading at $130 per share, as of midday Monday, Pepsi is a solid buy given the diversity in its product portfolio. The stock has recovered since the massive sell-off in March, as its shares are down just 5% year-to-date.

Dr Pepper is the Best Buy

Things are looking good for Keurig Dr Pepper Inc., (NYSE: KDP) which came off a strong first quarter, reporting sales of $2.61 billion, up 4% year-over-year on adjusted earnings of $0.29, which rose 16%.

Dr Pepper reaffirmed its full-year guidance, rare in this age of Covid-19, projecting its diluted earnings to come in the range of $1.38 and $1.40 per share on sales rising 3% to 4%. Like Coke and Pepsi, Dr. Pepper also has a diversified product pipeline, owning coffee brands including The Original Donut Shop and Green Mountain Coffee, as well as juices and ice tea such as Snapple, Mott's, and Hawaiian Punch.

Shifting away from declining traditional soft drinks, just around 20 of Dr. Pepper's 125 products are soft drinks. With a market capitalization at just over 41 billion, Dr Pepper might be undervalued compared to Coke And Pepsi. The stock in Dr Pepper is a buy and great value at $30 per share. Shares of Dr Pepper have fully recovered from the beginning of the year after taking a hit in March.

Monster, a Key Player in the Energy Sector

As consumption of classic soft drinks declines, energy drink consumption has skyrocketed. In 2018, global energy drink sales hit $53.01 billion and are projected to rise at a compound annual growth rate of 7% to $86.01 billion by 2026, according to Allied Market Research.

Monster Beverage Corp. (Nasdaq: MNST) is the second biggest player in the space, trailing privately-held Red Bull. California-based Monster has enjoyed a strong start to 2020, as it posted revenue of $1.06 billion, beating Zacks Consensus Estimate by nearly 7%. EPS came in at 52 cents per share versus the 48 per share Zacks projected.

Also, the company has developed creative offerings coffee offerings like Espresso Monster and Monster Java which has seen considerable success.

Coke acquired a 17% stake in Monster for $2.15 billion, after which a contract dispute arose. Monster attempted to stop Coke from distributing its own energy drink and claimed that it violated their long-term partnership. However, the American Arbitration Association ruled that Coke had not breached the contract and gave the green light for the company to sell Coca-Cola Energy globally.

Even with shares up 7% YTD, Monster is a buy.

An international company worth looking at is Switzerland-based Nestlé S.A. (OTC: NSRGY) The food and beverage giant is considering selling most of its water North American water bottle chains; its brands such as Poland Spring and Pure Life are under a review which the company expects to complete by 2021.

The news comes as Nestle's bottled water operations suffered its worst year in 2019 it has in a decade. However, the company does not want to entirely abandon the U.S. due to the success of its international brands like Perrier, S.Pellegrino and Acqua Panna have experienced in the country.

"We are withdrawing from a bulk business to focus on high-value (water) specialities," Mark Schneider, the CEO of Nestle told Reuters over the phone last week. He continued, "We can then grow...organically and through acquisitions."

Nestle has been under scrutiny from consumers for its plastic packaging. The company has vowed to make its water products carbon neutral by 2025. It also has a variety of products in its pipeline that consists of coffee, chocolate, cereal, ice cream, as well as sugary drinks including Nestea and Nesquik.

Despite the substantial product portfolio, Nestle's total sales fell 6% to $21.30 billion in the quarter mainly due to divestitures from its Skin Health and U.S. ice-cream business in 2019. The good news, however, is that it did manage to beat analyst projections for sales in North America and Europe, which grew 4% versus an expected 3%. Schneider has also warned investors not to get too comfy with the sales increase, as buying habits were changing and the coronavirus situation was volatile.

Investors will want to keep a close eye on Nestle and see if it pursues a sale in its North American water bottle chains. But for now, the stock is a hold at $110 per share.

As companies continue to operate in the soft drink sector, it will be important to continue to adapt. However, that does not mean players in the industry need to completely stop distributing soda. But clearly the growth going forward is in energy drinks and coffee-flavored beverages.

And even this might change. Experts have warned that consumers of energy drinks run the risk of raised blood pressure leading to heart attack and stroke, as well as other health complications.  Meanwhile, the carbonated soft drink industry is expected to continue to drop, according to research from Freedonia Focus Reports, which forecasts demand to fall approximately 1% annually over the next few years.

"People who drink energy drinks consume approximately 200 calories from these beverages daily, which is considerably higher than other sugary beverages like soda," Sara Bleich at Harvard T. H. Chan School of Public Health in Boston told Reuters Health in May 2019.

While customers are waking up to the negative health impacts of soft drinks, there is one soft drink stock that even a physician might not be able to resist. At $30 per share, Dr. Pepper (NYSE: KDP) is a healthy stock with energy to grow.