Jesse Fried, a professor of law at the Harvard Law School tells CapitalWatch that Chinese firms are likely to go private and potentially list elsewhere. 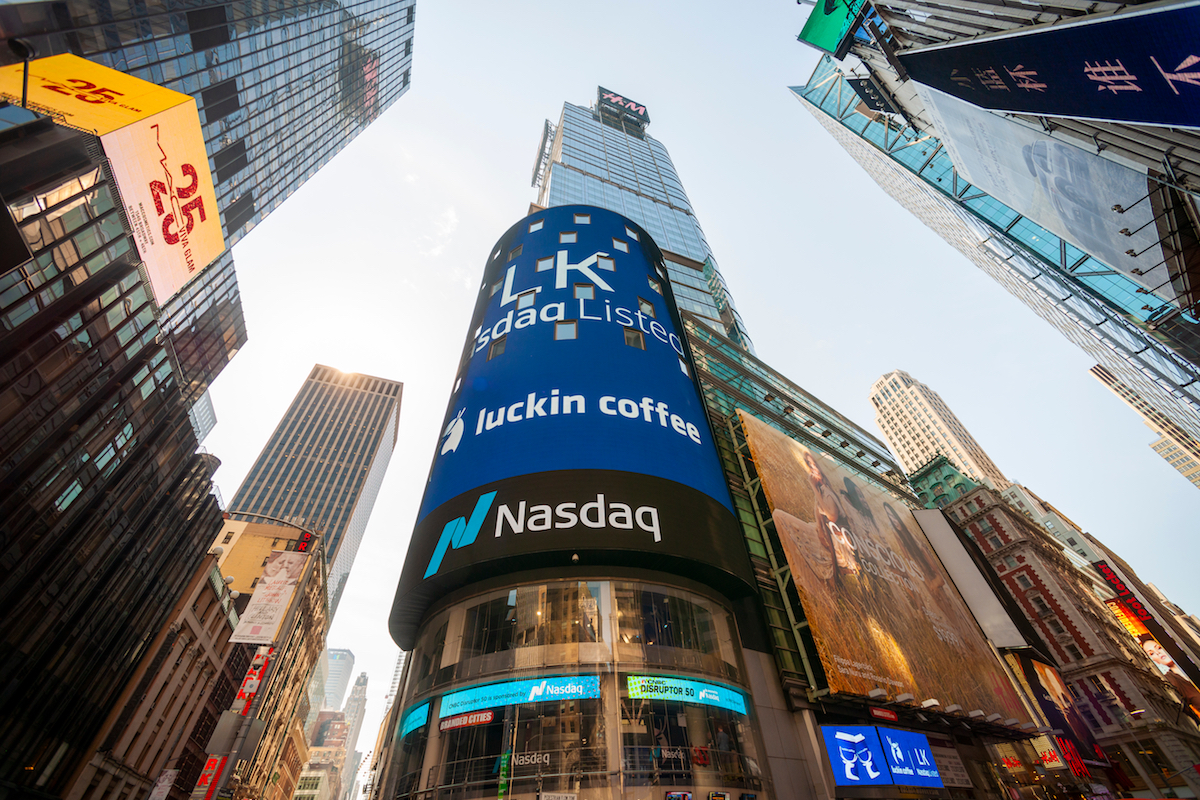 While the U.S. Senate has unanimously passed a bill to delist Chinese companies trading on American bourses, the legalization must clear the House of Representatives before signed into law by President Donald Trump.

If the bill does indeed become law, the real loser here is the U.S. stock exchanges and investment banks.

According to a Bloomberg report today, the NYSE and Nasdaq would lose millions of dollars in fees that the Chinese firms pay to be listed on their bourses.

On the other hand, the new law, proponents argue, would help protect American investors from widespread fraud and safeguard national security. The Luckin Coffee Inc. (Nasdaq: LK) scandal, in which the company allegedly fabricated $314 million in sales and hurt investors, will likely be seen as the straw that broke the regulators' back.

In January, shareholders in the company enjoyed a trading high of $51.38 per American depositary share, but today the stock is out of luck with a market capitalization under $1 billion. Luckin Coffee is expected to appeal its delisting from Nasdaq. Success, however, is unlikely.

Exchanges lobbying against the bill are widely seen as siding against American investors, as well as popular political opinion on both sides of the partisan aisle.

"It's asinine that we're giving Chinese companies the opportunity to exploit hardworking Americans," John Kennedy, a Senator and a Louisiana Republican who's sponsoring the bill with Maryland Democrat Chris Van Hollen, said.

Whatever the merit of the law itself, it is impossible to view the law outside the lens of the larger context of increased Sino-American trade tensions. Outspokenly critical of China in the past, the nation's failure to come clean to the world about the perils of Covid-19, as well as what is seen as bullying tactics towards Hong Kong, has spurred President Trump, whose own leadership failures during this crises couldn't be more clear, to also threaten to rip up phase one of the trade deal between the two nations.

Assuming the bill does pass, China must allow PCAOB inspections to avoid delistings. However, Jesse Fried, a professor of law at the Harvard Law School, told CapitalWatch he is skeptical that China will allow them to do so.

"So if the law is passed, I expect to see a migration of Chinese firms from our [U.S.] exchanges," Fried told CapitalWatch on Tuesday.

He added, "They will either be taken private, probably with the objective of relisting in Hong Kong or elsewhere after a year or two, or they will transition to trading on another exchange."

Once they do go private, we'll wait to see if they choose to tap the Hong Kong market for a renewed public listing. This could be a likely outcome for many Chinese firms, an outcome that investment banks and U.S. exchanges will try to avoid.