Agora to Debut Friday on Nasdaq in $350 Million IPO, Plus Private Placement

The company, with operations in California and Shanghai, is enjoying strong investor interest despite U.S.-China troubles. It is set to lift off Friday under the ticker symbol "API." 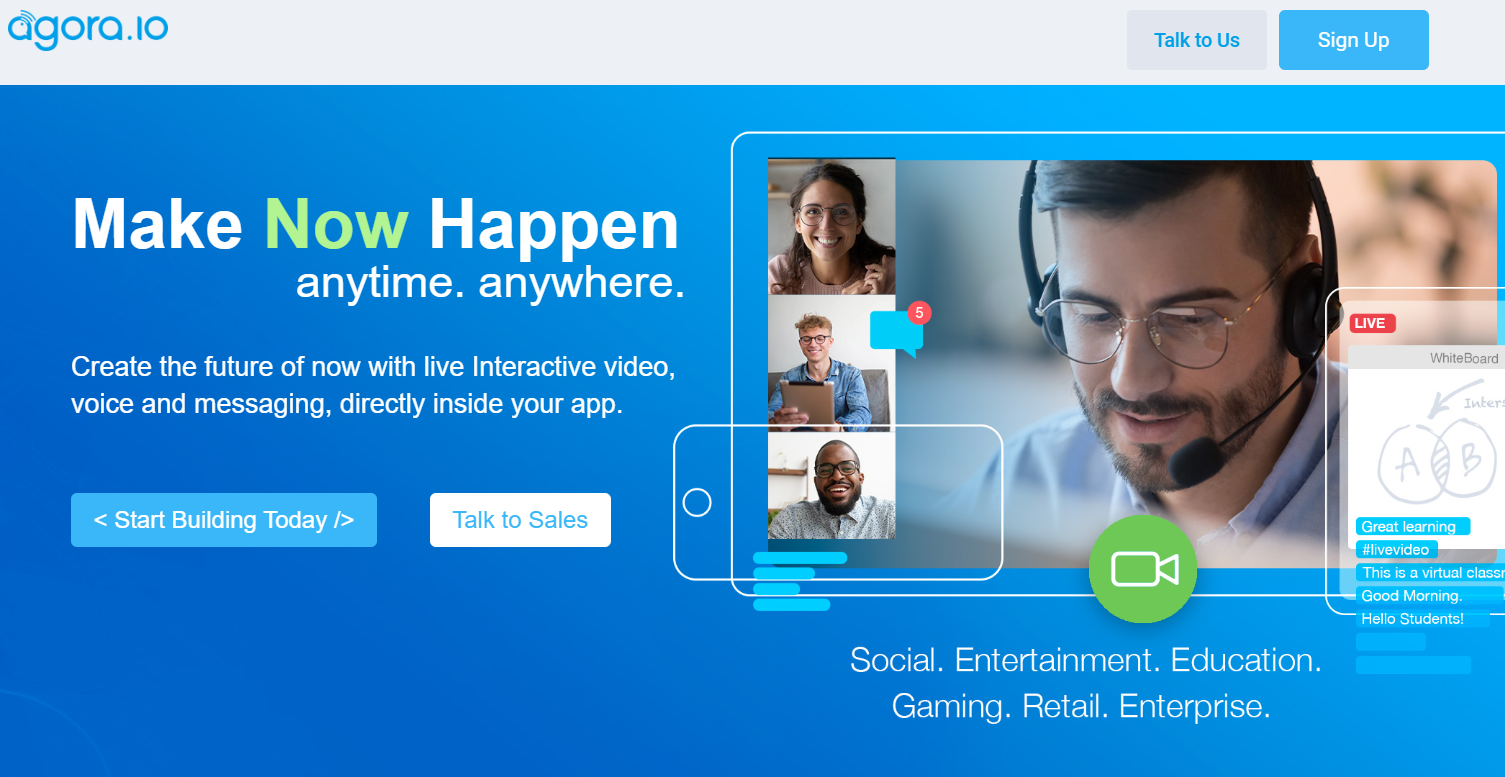 Agora Inc., a real-time engagement API provider, lifts off today on the Nasdaq Global Select Market in an initial public offering worth $350 million.

The company, with offices in Santa Clara and Shanghai, has priced its American depositary shares at $20 apiece – above the expected range of $16 to $18 per share. It has sold 17.5 million shares, with an additional 2.6 million ADSs optional for over-allotment.

In addition, Agora is selling $110 million worth of shares in a private placement to two existing shareholders.

The company's IPO is secured by Morgan Stanley & Co. LLC and BofA Securities Inc. Needham & Company, LLC is acting as a co-manager on the deal.

Agora provides software modules for developers to embed real-time engagement capabilities into an application. These may include "video and audio capturing, rendering, pre- and post-processing, encoding and decoding, packet loss compensation, as well as first- and last-mile transmission," the company said in its prospectus.

The company showed income of $3 million in the first quarter, a turn from losses in prior periods. However, that was before "accretion on convertible redeemable preferred shares to redemption value." Revenues were $35.6 million in the three months through March. For 2019, Agora posted revenue of $64.4 million, up 47.6% from 2018, on losses of $6.2 million.

Agora is riding the wave of big Chinese listings, which included Dada Nexus (Nasdaq: DADA), Genetron Holdings Ltd. (Nasdaq: GTH), and Kingsoft Cloud Holdings Ltd. (Nasdaq: KC). The rush IPOs came as China was recovering from the Covid-19 outbreak and first-quarter quarantine – and ahead of potential tightened regulatory changes on foreign listings in the U.S.

Agora's IPO has enjoyed massive investor interest and was significantly upsized, perhaps thanks to its California presence. Apparently, foreign companies with operations in the United States may enjoy more flexible treatment on the regulatory front.

As of Thursday's close, recently-listed Chinese companies Kingsoft Cloud, Dada Nexus, Genetron Holdings, and Legend Biotech were all trading above IPO issue price. Legend Biotech Corp. (Nasdaq: LEGN), which went public in early June, traded at a whopping 76% above its IPO price, at $40.53 per share. The biotech developer also has operations in the United States.

Kingsoft Cloud, which completed an IPO in early May, followed closely with $28.92 per share, at 70% upside from issue price.