The cub of the giant panda weighs 7 ounces and measures 6.5 inches in length.

Giant panda fans are rejoicing, as South Korea's Everland amusement park in Yongin celebrates this week the birthday of a female panda cub.

Mother panda Ai Bao, a Chinese national, delivered a seven-ounce babe measuring 6.5 inches on Monday at 21:49 local time, according to a Reuters report. That was preceded by a four-month pregnancy period after mating with partner Li Bao.

The cub is the couple's first, the medium said. Fans will be able to see her when she learns to walk and eat bamboo, in about five months. The event is a rare one, as giant pandas, an endangered species, may conceive once year in the period of one to three days in March to April.

In three to four years, the cub will travel to China. The exchange with South Korea is a so-called "panda diplomacy" deal that China has been exercising since the 1950s. The cub is South Korea's first. 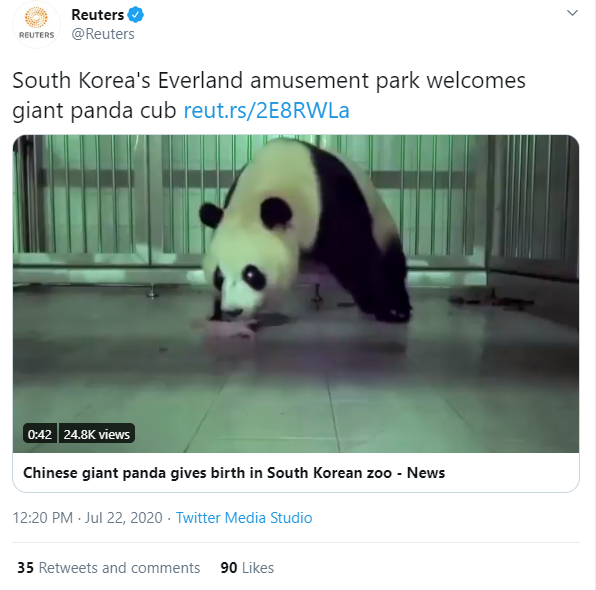