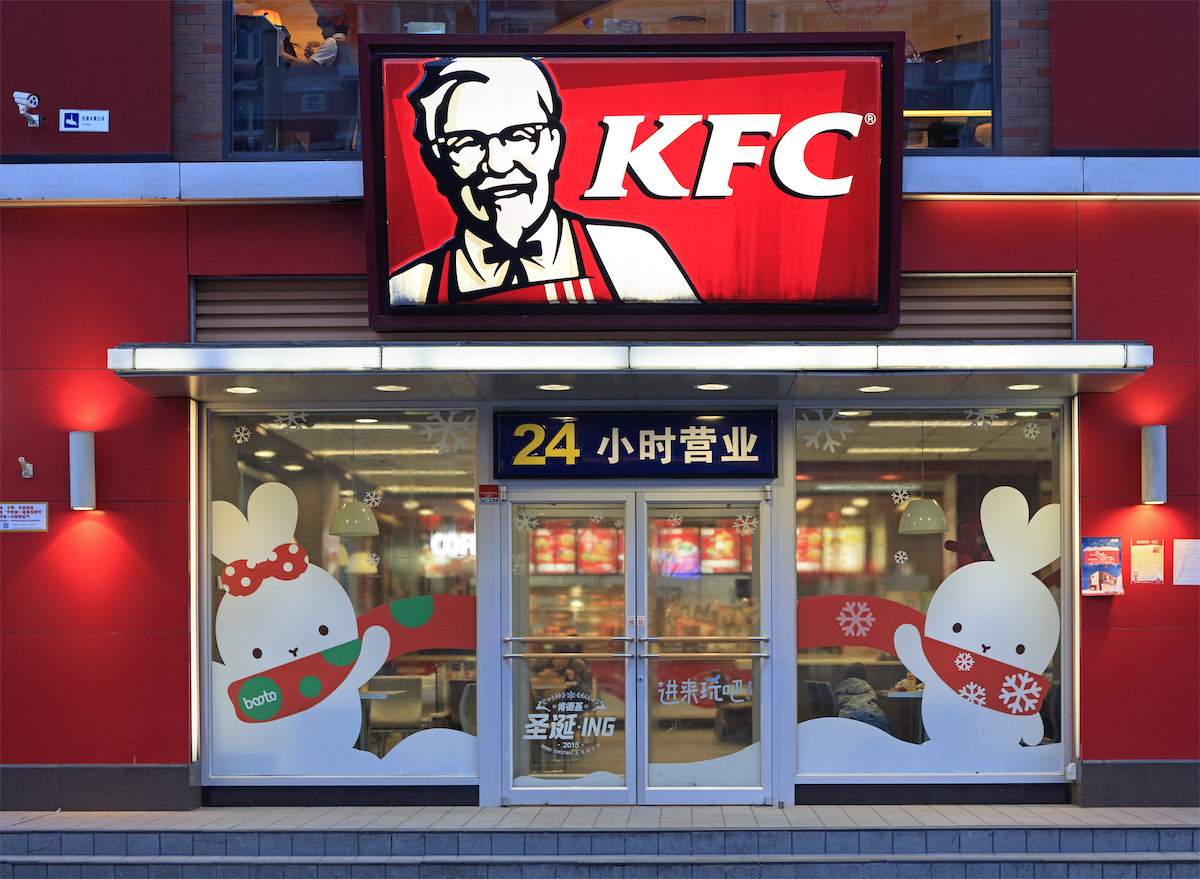 The stock in Yum China Holdings Inc. (NYSE: YUMC), a fast food chain operator in China, today appears to be a safe bet. Its value as of Friday was $52.64 per American depositary share, a recovery trend from the first-quarter lows and already above pre-epidemic levels. Analysts' current consensus is a "buy," with a median price target of $57.20 among 17 analysts surveyed by CNN Business. On top of that, the operator of KFC, Pizza Hut, Taco Bell, and a number of domestic brands is approaching its secondary listing.

If it wasn't for the Covid-19 outbreak, which affected restaurants worldwide, Yum China may have been dually listed by now. Indeed, it launched talks with banks as early as January, same as now-dually-listed NetEase (Nasdaq: NTES; HKEX: 09999). But Chain Reaction Research (CRR) sees another setback to the Chinese giant's secondary offering – its environmental risks.

Specifically, CRR claims, citing Yum China's filings with the U.S. SEC and media reports, that the company buys "large volumes" of meat and packaging materials – commodities that drive deforestation in South America. The report estimates that Yum China's restaurants contribute between 16% to 24% of China's chicken consumption and use up as much as 1.6% of Brazil's total soybean production, as well as considerable amounts of palm-based cooking oil and paper.

Further, Yum China's demand for these commodities is expected to increase as the company continues to expand, CRR said. It also listed other factors that push the demand for the products from Brazil: Covid-19 shutdowns, restocking boom, trade war with the U.S., and deficient domestic feed.

CRR alleges that the environmental problems in a region in the Cerrado, Brazil, were the result of its trade with China. Soy cultivation in the region, CRR wrote, "has been linked to widespread deforestation, biodiversity loss, fires, emission of greenhouse gases, and disruption of water systems. In total, China was exposed to a total deforestation risk of 460 square kilometers in 2017, or 5.6Mt CO2e, in relation to its soy imports from the Cerrado biome."

Citing Yum China's sustainability reports, CRR says the company fails to recognize beef and soy deforestation risks and "vastly underperforms its peers in sustainability commitments for soy and cattle sourcing." It adds, that while the fast food industry has been taking certain steps to reduce environmental damage, Yum China lags behind major fast food brands including McDonald's and KFC. Further, the research report says Yum China is bound to face increased ESG scrutiny ahead of its potential secondary listing which may expose it to legal and regulatory risks.

To conclude, investors hoping YUMC stock grows to the level of its American parent, Yum! Brands, Inc. (NYSE: YUM), which closed at $93.14 per share on Friday and commanded a market cap of $28 billion, should weigh its environmental damage. The global shift toward climate awareness, as well as the rising health concerns related to meat consumption, may make this stock more risky than it appears.